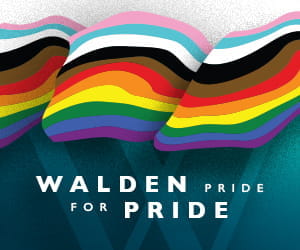 Pride Month commemorates the 1969 Stonewall Uprising against harassment and persecution, which became an LGBTQIA+ movement for equality and celebration. One year after the uprising, community members and allies joined together in the streets of New York City for the inaugural Pride march.

In 1999, 30 years after the uprising, President Bill Clinton issued the first presidential proclamation declaring Gay and Lesbian Pride Month. Today, the month of June also celebrates the contributions of the lesbian, gay, bisexual, transgender, queer, intersex and asexual community and their allies.

Some of these achievements in the past and more recently include:

LGBTQIA+ members and allies in the Walden community are also using their knowledge and passion to strengthen their communities. Here are a few examples: 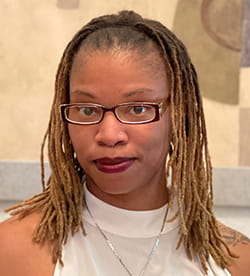 Dr. Breanne Thomas, a Walden faculty member in the MS in Clinical Mental Health Counseling program, joined the Air Force the same year the “Don’t Ask, Don’t Tell” ban on gays and lesbians in the military was repealed. She didn’t understand the significance until she started interacting with the LGBTQIA+ community and working in a mental health clinic on base. She learned that a friend who had withdrawn from their social group had started coming to the clinic. They identified as transgender and were afraid of being discharged. That’s when Dr. Thomas knew she wanted to make a difference.

After leaving the military, she began working as a Licensed Professional Counselor for the Central Texas Veterans Health Care System near Fort Hood. Through her work, she has found that counselors may not not have the experience, training and vocabulary to support the active duty and veteran trans community. Many of these clients are outsourced or handed off to her since she is running a support group.

This inspired her dissertation on the “Experiences of Counselors Providing Therapy to Transgender Veterans” in Walden’s PhD in Counselor Education and Supervision program, which she enrolled in after obtaining her MS in Clinical Mental Health Counseling degree. Today, she continues to work at the VA, is a contributing faculty member, and has a practice for adults and veterans who identify as sexual minorities.

“Our trans community is worthy of the same therapeutic approaches, relationships and access as anyone else,” says Dr. Thomas. “As therapists, we owe it to everyone to offer that support.” 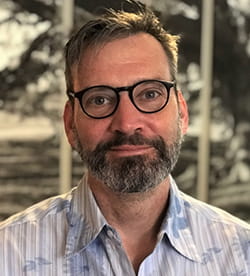 As a practicing therapist, you never know who is going to walk through your door needing services. The ability to demonstrate respect, empathy, compassion and support, while providing a safe space, is a must. Dr. Mark Leggett, a core faculty member in the MS in Clinical Mental Health Counseling program, knows this from 22 years in private practice specializing in sexual identity, LGBTQIA+ and other areas. With 17 years of teaching experience, he also knows how critical it is to emphasize these techniques throughout the curriculum at Walden.

“There are specific skills we teach our students on how to demonstrate empathy and compassion by helping clients feel comfortable and accepted through verbal and nonverbal communication,” says Dr. Leggett. “This includes innovative skill-building tools that immerse students in mock counseling session scenarios.”

He also promotes student involvement in state professional associations to network with colleagues and learn how to best advocate for clients. Dr. Leggett was a member of the board that created the Alabama Counseling Association’s division for lesbian, gay, bisexual and transgender issues in counseling in 2005.

“It was a challenge getting this new division approved. When we finally did, the membership exploded, offering some of the most well-attended workshops and conferences the association had ever seen. The demand for more information and training to help counselors in the state become more culturally competent in serving the LGBTQIA+ community exceeded our expectations.”

When he moved to New Orleans four years ago, he helped reinvigorate a similar division of the Louisiana state association and now serves as its president. He brings that same enthusiasm back to Walden as a faculty liaison to the university’s LGBTQ+/Pride student organization. 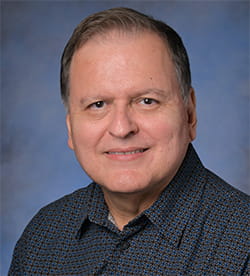 In 2017, Dr. Richard Jimenez set out to explore the experiences of HIV-positive community health workers with a colleague, an alumna and a social change grant from Walden. Together, they learned that community health workers perceive themselves as social change agents whose efforts help them cope with their own health issues and help others obtain services and fight HIV-related stigma.

The desire for knowledge that can improve the lives of others drives the Walden PhD in Public Health core faculty member and his collaborative style. He recently completed research on the “Lived Experiences of Asian and Latinx Online Doctoral Students” as part of a Laureate Education David A. Wilson Award for Excellence in Teaching and Learning. He and two colleagues published their results in the American Journal of Distance Education in the hopes of improving recruitment and retention rates for doctoral students from these populations. They found that “Asian and Latinx students experienced a sense of duty and rely on family to earn a doctoral degree” and that both groups would benefit from some synchronous teaching and shorter times for feedback from professors. They presented on the topic at Walden’s Research Conference in October 2020.

In addition to his own research, Dr. Jimenez supports others as an associate editor for Walden’s Journal of Social, Behavioral, and Health Sciences, and he reviews grants, research applications and presentation proposals for the American Public Health Association, the Health Services and Resources Administration, and the Fulbright International Scholars Program. 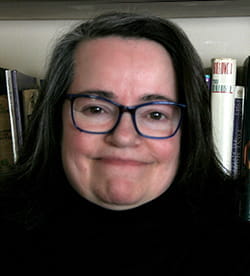 Chris Taylor doesn’t do things in a small way. Starting a bachelor’s degree at age 30, she quit her job and immersed herself in a writing program at Wichita State University. She came out, and, within a year-and-a-half, she was president of the student LGBTQIA+ organization. They organized Coming Out Day and Pride events, as well as Safe Zone trainings for faculty and staff. They also helped overturn a ban that had prevented them from volunteering in the local Big Brothers Big Sisters chapter.

As a college graduate and writer, she continued her advocacy, volunteering for a local community center, an LGBTQIA+ newspaper and a queer writing group. In the early 2000s, as she sought a master’s in adult education, she found online learning and loved it. She added certificates in diversity studies and online teaching and training, as well as an MFA in creative writing.

At Walden, she combines her love for writing and online education as a faculty member in the Office of Academic Support teaching Grad Writing.

“These are the kind of classes I wish I had when I was transitioning from undergraduate to graduate school, especially as a nontraditional and first-generation college student,” says Taylor.

She also facilitates the university’s new Faculty and Staff Pride Employee Affinity Group. The intention is for it to be a safe and inclusive space for members of the LGBTQIAP+ community to meet for networking, support and social connection. 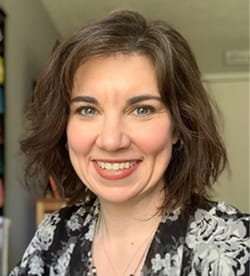 Bettina Straight is passionate about helping people see something from a new perspective. For more than 20 years in her diversity and inclusion career, she has been working to make challenging topics comfortable enough for people to approach them—without coddling anyone.

“As soon as someone feels shame, they will also feel resistance,” says Straight. “I strive to include everyone in the conversation in a way that they feel safe enough to experience the discomfort without rejecting it. I have seen the shift in people who have felt outside of an issue as soon as that issue can be made personal. Some people call that an ‘A-ha moment,’ but I often refer to it as their ‘Whoa moment’ because of how rattling it can be.”

Prior to joining Walden as director of diversity, inclusion and organizational effectiveness, she worked in healthcare, focusing on leadership and culture, and in student life at traditional universities. As a coach and trainer, she has partnered with state agencies, corporations and professional associations to increase awareness and create positive behavioral change. Whatever setting she finds herself in, her approach is a balance of respect, humor and personal insight.

“What I hope to hear is someone say, ‘Wow, I hadn’t thought of it that way.’ Therein lies the opportunity for growth and change.”

On June 29, she is participating in a roundtable discussion, “Culturally Competent Care for Members of the LGBTQIA+ Community,” with University of Maryland Clinical Instructor Lee Westgate and Walden faculty member Dr. Mark Leggett. 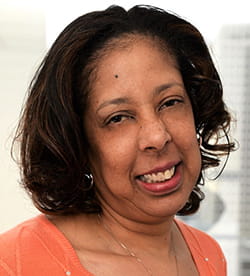 Dr. Cynthia Tucker ’20 has been working as an ally with LGBTQIA+ populations in Chicago for more than 25 years. As a health educator at Planned Parenthood early in her career, she saw community needs shift with the HIV/AIDS epidemic. That led her to the Chicago Women’s AIDS Project. At first, there wasn’t much they could do beyond helping with legal issues, such as ensuring children would have caregivers after their mothers died and services were provided for families. As therapies and rapid testing became available, she could work to quickly develop and fund programs as director of prevention.

For the last 15 years, she has focused on prevention and community partnerships as a leader at the AIDS Foundation Chicago. Colleagues enrolled at Walden encouraged her to enroll in the Doctor of Public Health (DrPH) program, and a CDC-funded program inspired her dissertation, “Social Support and HIV Among Young Transwomen of Color.” She found that family, friends and caregivers should be built into programs for transwomen because it can impact whether they discuss safer sex and HIV testing with a new partner.

During her education journey, Dr. Tucker was accompanied by her husband, Rodney Pruitt, a Walden PhD in Public Policy and Administration student and Chicago schools teacher for nearly 20 years.

“We did a lot of our courses and residencies together, and we even got married during that time,” says Dr. Tucker. “He was my main support and really pushed me to complete my program. I’m hoping to do the same for him.” 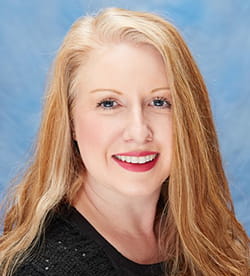 Walden core faculty member Dr. Christie Jenkins has long been an ally. She brings that experience to Walden’s MS in Clinical Mental Health Counseling program and as faculty co-advisor for the LGBTQ+/Pride student organization. In July, she begins a term as national president of SAIGE, the Society for Sexual, Affectional, Intersex, and Gender Expansive Identities.

“My vision is ‘liberating, celebrating and healing our otherness,’ which speaks to not only the LGBTGEQIAP+ community, but also to the allies,” says Dr. Jenkins. “We all can remember a time when we were not welcomed, understood or even hated. It is important that we all support each other and grow and learn together. I hope to bring folks together to draw on each other’s strengths and celebrate our ‘otherness.’”

Dr. Jenkins has more than 25 years of experience in social services fields, including over 16 as a counselor. She is also an advocate in state government for the profession of counseling and the diverse clients they serve. She began her career working in domestic violence safe houses and has served as the CEO, associate director and supervisor of the Family and Child Abuse Prevention Center and The Children’s Advocacy Center in Ohio. For her work with abused populations, she was recognized by Ohio’s governor, House of Representatives and Lucas County, where she lives. In 2017, she received the Ohio Counseling Association’s Public Policy and Legislation Award.

This month she is presenting on “Conquering IPV Disparities for the LGBTGEQIAP+ Community” for Walden’s Leading Lights in Counseling Series and moderating Walden’s Talks for Good on “Youth Mental Health Post-Covid and Strategies for Support.”