Is the Value of a College Degree Greater Than the Cost? See What Research Tells Us

There is much debate in the media and within higher education about the value of a college degree. Research tells us a bachelor’s, master’s, or doctoral degree can positively impact your career, but some still question if the benefits outweigh the ever-increasing cost.

The U.S. is more educated than ever. In 1955, only 2.4 million Americans attended a higher education institution but, by 2015, the number of students enrolled in college had soared to 19.1 million.1 And degree attainment is rising, too. Currently, among the up-and-coming generation (those 25–29 years old), 36% hold a bachelor’s degree or higher, up from 29% of the same age group in 2000.2 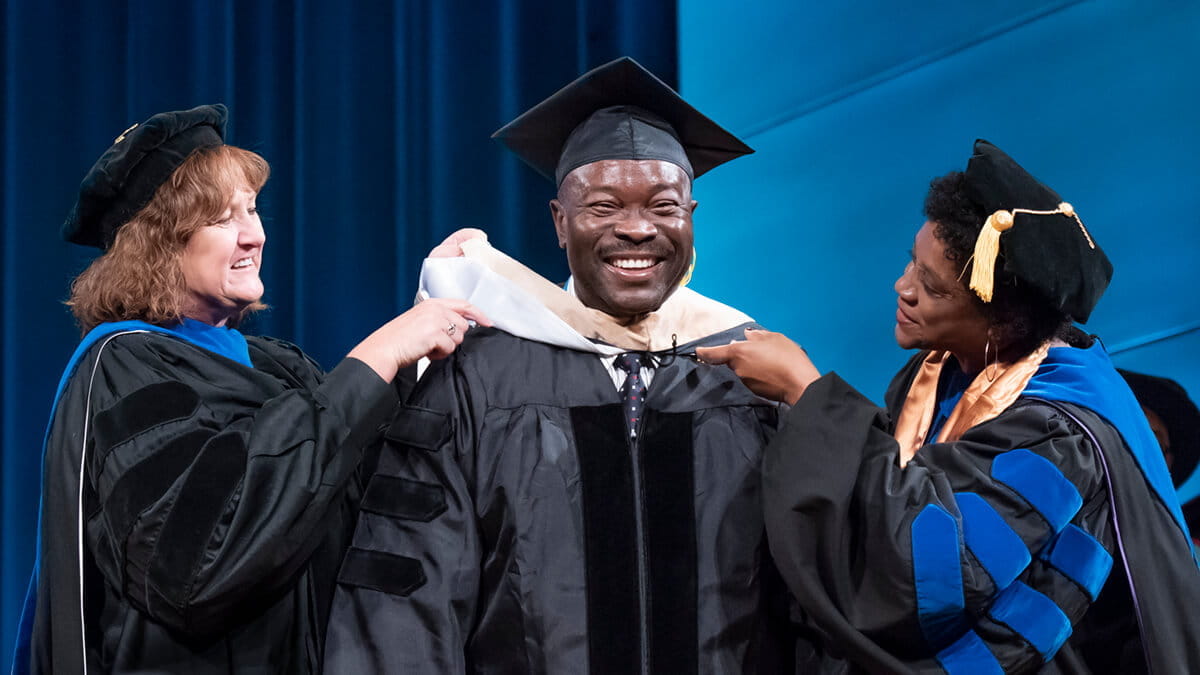 For those considering going back to school to complete a degree or to improve their career opportunities, research indicates there are advantages to earning a college degree:

College graduates are in demand. Today, a college degree matters more than ever as a result of an increasingly competitive global economy. Consider the fact that occupations requiring some form of postsecondary education make up nearly 37% of employment, with the demand for workers with postsecondary education expected to grow more rapidly in the coming years than the demand for workers in any other educational category.3 In fact, recent analysis of hiring has found that nine out of every 10 new jobs created are currently going to workers with a college degree.4

It’s worth the investment. As of the 2018–2019 academic year, the average yearly cost for attending a private college had risen to nearly $37,000.5 While many institutions offer grants and other financial aid, that’s a lot of money. However, according to the U.S. Bureau of Labor Statistics, those with a bachelor’s degree enjoy a median income almost twice that of those with only a high school diploma, making a college degree quite worthwhile over the course of your career.6

Benefits extend beyond salary. The benefits of earning a degree—whether it’s from a traditional campus-based university or via online education—include so much more than employability and compensation. Research has shown that a college degree can help you live longer. According to a recent study published in the Journal of Health Economics, an additional year of college lowers mortality rates by as much as 19%.7 A major study by the University of Maine in 2012 found even more benefits, including that Americans with a bachelor’s degree are 21% more likely to be married and 61% less likely to be separated or divorced, and their likelihood of being happy is significantly higher.8

College graduates are empowered to impact society via social change. While attending college, you are exposed to different perspectives and cultures. Nowhere is this truer than at online universities. Online classes—regardless of the area of study—are global gathering spots where students from all over the world can join together to advance their education. According to the U.S. Bureau of Labor Statistics, college graduates with a bachelor’s degree or higher volunteered at rates significantly higher than those with lower educational attainment.9 Additionally, studies show that those with a bachelor’s degree are 1.5 times more likely to make charitable contributions than those without a college degree.10 College graduates even have better civic engagement, consistently voting in higher numbers than those who haven’t attained a degree.11

Don’t let the cost of a college degree discourage you from continuing your quest for higher education. Instead, consider the difference a college degree from an accredited university can make for you and your family.

Walden University is an accredited institution offering bachelor’s, master’s, doctoral, and certificate programs online. Expand your career options and earn your degree in a convenient, flexible format that fits your busy life.