Terrorism is one of the most serious threats facing the United States. And it’s also one of the most difficult to prevent and plan for. Not only does law enforcement have to identify potential terrorists and stop them before they act, but every potential target—from places of worship to government office buildings—needs emergency preparedness plans that address the myriad ways a terrorist might attack. 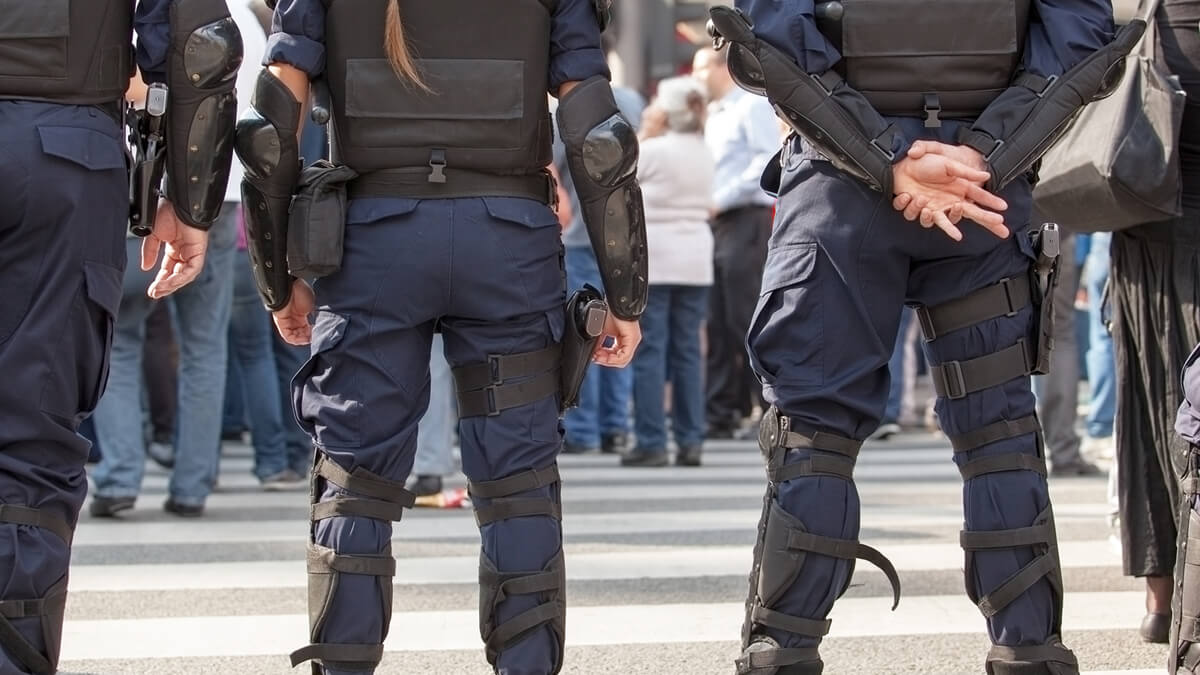 In Walden University’s Emergency Management specialization, offered in both the MS in Criminal Justice and the Master of Public Administration degree programs, students have the opportunity to study the document “Evolving Terrorist Threat,” which was researched and written by the Strategic Foresight Initiative (SFI) and made available by FEMA in 2011.1 This document outlines the evolving threats posed by terrorists and the tactics future terrorists might take. SFI writes:

Terrorist tactics may shift to exploit vulnerabilities, including those against active-shooter-type attacks and screening for concealed weapons. Terrorist tactics tend to favor attacks that avoid effective countermeasures and exploit vulnerabilities. For example, recent suicide operations have targeted countries’ lack of experience and capability to respond to simultaneous and well-resourced attacks, like those in Mumbai, or suicide shooters, like the Fort Hood attack. Both of those attacks featured tactics that resemble “active shooters,” a situation where police are generally trained to cordon off an area and wait for paramilitary response units, like SWAT teams. In Mumbai, this paradigm was exploited by terrorists who laid siege to entire areas, carried supplies to extend the length of time they could operate, and attacked response teams. These sorts of attack methods have lower consequences than catastrophic chemical, biological, radiological, or nuclear (CBRN) attacks or improvised explosive device attacks, but have a higher probability of succeeding.

An additional tactic that terrorists have adopted to exploit vulnerabilities is to find new, seemingly innocuous places to conceal weapons, explosives, and other dangerous materials. Richard Reid concealed explosives in his shoes in December 2001, terrorists planned to conceal liquid explosives in soft drink containers, Umar Farouk Amdulmutallab concealed explosives hidden in his underwear in December 2009, and bombs were found in toner cartridges flown from Yemen in October 2010. In each case, screening and other countermeasures were altered to try to reduce their vulnerabilities to these types of attacks.

Terrorist groups will still pursue opportunities to inflict mass casualties. For example, terrorists continued to target commercial aircraft despite the employment of enhanced security measures at airports. The tactics favored by terrorists have become more lethal over time, a trend which could continue. The proliferation of advanced technologies throughout the world will provide terrorist groups with easier access to CBRN weapons, as well as to advanced conventional weapons. However, some experts said terrorist groups are unlikely to deploy CBRN weapons successfully, pointing to failed attempts to do so in the past and a current preference to employ conventional weapons.

An increase in the number of terrorist attacks, or the successful deployment of a CBRN device, may also result in a decreased focus on natural hazards. During the Cold War, FEMA concentrated more than three-quarters of its resources on preparing for a nuclear attack, which reduced preparedness for natural disasters. After the September 11 attacks, the federal government de-emphasized the role of FEMA and focused emergency management funding toward responding to terrorist attacks. The report of the Select Bipartisan Committee to Investigate the Preparation and Response to Hurricane Katrina suggested that this focus on terrorism may have negatively affected preparedness efforts focused on other hazards.

Global Islamic terrorism may not continue to be the primary terrorist threat to the United States. According to the National Intelligence Council, the history of other terrorist threats suggests that Islamic terrorist groups may become less significant or even dissolve over the next few decades. Previous terrorist waves (anarchists in the late 19th and early 20th centuries, anticolonial insurgents in the early 20th century, and New Left terrorists in the mid 20th century) lasted about 40 years. The nature of al-Qaida makes it particularly susceptible to subside as a significant threat. Two key factors that contribute to the longevity—achieving strategic objectives and transitioning to become a legitimate political group—are unlikely because the group’s objectives are to establish a global Islamic caliphate and topple Western-influenced regimes in the Middle East.

The “Arab Spring” uprisings in the Middle East and the death of Osama bin Laden will have significant influences on global Islamic terrorism. There is a considerable amount of uncertainty regarding the impact of these events. Some regimes in the Middle East have supported the United States in suppressing Islamic terrorism, but also have been accused of not doing enough or even tacitly supporting terrorist groups. There were concerns that new regimes in Arab countries could be friendlier to Islamic extremism, but there are also some who believe the opposite will be true. Similarly, there were concerns that the death of bin Laden may spur reprisals as well as assertions that al-Qaida was permanently weakened with his death.

Homegrown violent extremists are a growing source of concern. The number of cases where American citizens or permanent residents were radicalized and recruited to participate in Islamic terrorist activities increased sharply in 2009. The federal response to homegrown violent extremism is difficult, because the legal authority of some federal counterterrorism tools, particularly those employed by the Department of Defense and the intelligence community, may not allow them to be employed against American citizens. Additionally, there is a continuing but low-level threat from other domestic sources of terrorism. Between 2008 and 2009, there were 12 successful terrorist attacks in the United States, only three of which were linked to Islamic extremism. The others were linked to groups with agendas focused on abortion, animal rights, the environment, or white supremacy.

How Can You Learn More About Emergency Management?

Terrorism is just one element of emergency management. As the SFI document notes, there are also natural disasters to plan for. If you want to develop a good emergency preparedness plan for your organization or for a city, state, or nation, you need plenty of education and training—which is why you should consider earning a either an MS in Criminal Justice or a Master of Public Administration degree with a specialization in Emergency Management.

In Walden’s emergency management specialization, the SFI’s “Evolving Terrorist Threat” document is just one of the many resources you’ll have the opportunity to study as you work to gain the advanced skills you’ll need to lead emergency response efforts, improve public policy, and protect communities from natural and human-caused disasters. Walden’s program provides the tools you’ll need for success in the emergency management field, and it’s available to you wherever you are right now.

Because Walden offers an online learning format, you can earn your master’s degree from anywhere you have internet access, including your home. You’ll also be able to choose when in the day you attend class, a benefit that has made online colleges quite popular with working adults.

Emergency management professionals can help save lives. Thanks to online education, you can get the degree you need to make a real difference in this important field.

Walden University is an accredited institution offering an MS in Criminal Justice and a Master of Public Administration degree program online. Expand your career options and earn your degree using a convenient, flexible learning platform that fits your busy life.