The Human Rights Commission (HRC) defines the term as “one’s innermost concept of self as male, female, a blend of both, or neither—how individuals perceive themselves and what they call themselves. One’s gender identity can be the same or different from their sex assigned at birth.”1 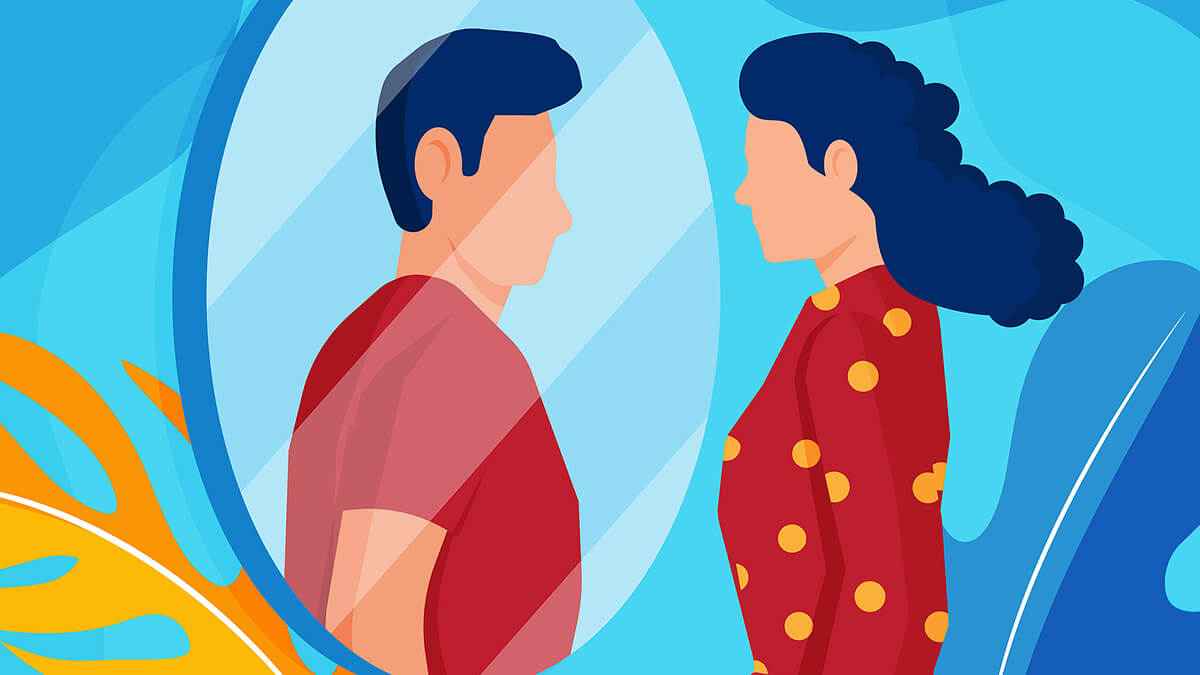 The HRC created a helpful glossary to help people become better informed: “Many Americans refrain from talking about sexual orientation and gender identity or expression because it feels taboo, or because they’re afraid of saying the wrong thing.”1

Dr. Tracy Marsh, a faculty member in Walden University’s online PhD in Clinical Psychology degree program, agrees. “It's understandable that some folks may feel confused or even uncomfortable with all the variations of gender, gender identities, and gender roles,” she said in an interview with Women’s Health. “…These concepts and terms will continue to evolve. The best way to stay informed is to reach out and have a respectful dialogue with someone who has more knowledge of these terms and topics.”2

At Walden, Dr. Marsh, who is also a licensed psychologist in California specializing in LGBTQIA issues, teaches clinical psychology courses that include Gender & Human Development. Topics in this doctoral-level course include history and theoretical perspectives on gender, differentiation of sex versus gender, gender similarities and differences, gender identity, and transgender psychology.

To help you become better informed as a doctoral candidate earning a PhD in psychology, a clinical psychologist, or simply an interested layperson, here are a dozen gender identity terms everyone should know:

1. Agender
This term refers to someone who does not identify as any gender, according to NLGJA: The Association of LGBTQ Journalists.3

2. Binary gender
A gender that exists within the gender binary: man or woman, the Trans Journalists Association (TJA) explains in its Style Guide.4

3. Bigender
“A nonbinary gender or word to describe someone’s gender that often means someone who has two genders,” the TJA says. “These genders can be, but are not always, male and female.”4

4. Cisgender
“A term used to describe a person whose gender identity aligns with those typically associated with the sex assigned to them at birth,” according to the HRC.1

5. Gender-expansive
“A person with a wider, more flexible range of gender identity and/or expression than typically associated with the binary gender system,” according to the HRC glossary. “Often used as an umbrella term when referring to young people still exploring the possibilities of their gender expression and/or gender identity.”1

6. Gender-fluid
“Gender-fluid typically refers to someone who prefers to express either or both maleness or femaleness, and that can vary, perhaps from day to day,” Dr. Marsh says.2

7. Gender nonconforming
A “broad term referring to people who do not behave in a way that conforms to the traditional expectations of their gender, or whose gender expression does not fit neatly into a category,” according to the HRC. “While many also identify as transgender, not all gender nonconforming people do.”1

8. Genderqueer
“Genderqueer people typically reject notions of static categories of gender and embrace a fluidity of gender identity and often, though not always, sexual orientation,” the HRC says. “People who identify as genderqueer may see themselves as being both male and female, neither male nor female, or as falling completely outside these categories.”1

9. Gendervoid
“Gendervoid is a term that is similar to agender, but specifically refers to not only a lack of gender identity, but also a sense of loss or a void in not feeling that gender identity,” Dr. Marsh says.2

10. Intersex
“Intersex is a general term used for a variety of conditions in which a person is born with a reproductive or sexual anatomy that doesn’t seem to fit the typical definitions of female or male,” according to the Intersex Society of North America (ISNA).5

11. Transgender
The TJA defines transgender as “a term for someone whose gender is not (exclusively) the one they were assigned at birth.”4

12. Nonbinary
“An umbrella term for genders other than man and woman,” the TJA explains. “This is also a term for a specific gender. While nonbinary is considered a trans identity, not everyone who is nonbinary considers themselves trans.”4

Expand Knowledge and Awareness with a Psychology Degree

With expert faculty members like Dr. Marsh, Walden’s PhD in Clinical Psychology online degree program can help prepare you for licensure—and to excel in your desired field of study. You can choose the General Program or one of these four specializations to more closely align your psychology studies with your professional objectives: Forensic Psychology, Health, Industrial and Organizational Psychology, and Teaching.

Walden’s is a blended clinical psychology PhD program, featuring online and in-person participation, that is intended to prepare you to pursue licensure as a psychologist. Your PhD degree program includes hands-on experience through Walden’s Academic Year in Residence (AYR), doctoral residences, and supervised residencies. And Walden’s scholar-practitioner model helps prepare you for real-world careers in psychology as you apply research to address today’s challenges.

Walden designs its online degree programs for professionals who want to earn a degree while continuing to work and enjoy their personal lives. Flexibility is a hallmark of Walden’s psychology PhD experience—you can engage in your studies on your own schedule, wherever you have an Internet connection.

With your online PhD in Clinical Psychology degree in hand, you’ll be well-prepared to further your journey to a fulfilling career as a practitioner, psychology teacher, consultant, administrator, or psychology researcher.

Walden University is an accredited institution offering an online PhD in Clinical Psychology degree program. Expand your career options and earn your degree in a convenient, flexible format that fits your busy life.

Note on licensure: The PhD in Clinical Psychology program is designed to prepare graduates to qualify to sit for psychology licensing exams. This program is designed to meet the academic licensure requirements of some state psychology boards. However, Walden University’s PhD in Clinical Psychology program is not accredited by the American Psychological Association (APA) and has not received designation by the Association of State and Provincial Psychology Boards/National Register (ASPPB/NR), which are requirements for licensure in some states. Learn more about professional licensure.