Smoking vs. Vaping: What the Public Should Consider When It Comes to Their Health

It would seem the debate on whether smoking is dangerous is over—except there’s a new kind of “smoking” that’s rapidly gaining popularity. Most commonly called vaping, this new form of smoking could be the future of the tobacco industry. But lots of questions remain. 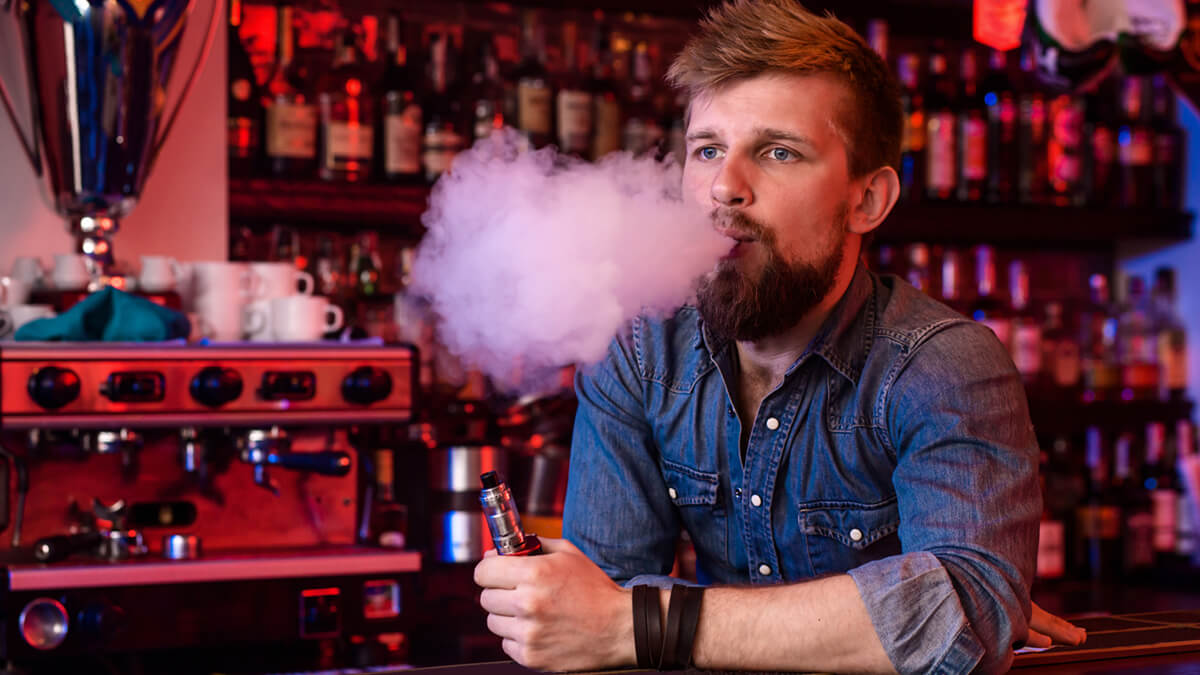 In a traditional cigarette, dried tobacco is lit on fire, which allows the smoker to inhale nicotine, the active—and addictive—chemical in tobacco. It’s an ancient and efficient method of experiencing the mild, mood-altering effects of nicotine.

Vaping, on the other hand, is a new and high-tech method that combines an electronic device (e-cigarette, e-pipe, hookah pen, etc.) with a specially engineered liquid containing nicotine, flavoring, and additional chemicals. When someone inhales on a vaping device, an electronic heat source ignites and turns the liquid into vapor, allowing it to be inhaled. Unlike with cigarettes and other traditional tobacco products, vaping doesn’t include tar, particulate matter, or the other byproducts of burning tobacco.

Is Vaping Better for You Than Smoking?

Recent research suggests that vaping is significantly better for you over the long term than smoking, with people who vape having much lower levels of toxins and carcinogens in their bodies than those who smoke.† This has led many to recommend vaping as a positive alternative to smoking. However, just because vaping is less harmful than smoking doesn’t mean it’s harmless.

What Are the Health Effects of Smoking vs. Vaping?

The negative health effects of smoking are well-documented. They include:‡

Vaping, on the other hand, hasn’t been studied nearly as much, making its negative effects less certain. However, there are some clear risks. For one, nicotine is unsafe in high quantities and vaping liquid can cause fatal nicotine poisoning in children, even if it just contacts the skin.§ Additionally, the non-nicotine chemicals in vaping are potentially harmful, with the biggest concern being formaldehyde and acrolein. While these harmful compounds aren’t present in vaping liquids, they can be produced when the liquid is vaporized.** On top of that, some flavorings that are added to vaping liquid use chemical agents known to have carcinogenic qualities.††

In the coming years, more studies will likely uncover and/or clarify the exact health risks of vaping. But it’s already a given that vaping isn’t a healthy habit, even if it’s not as unhealthy as smoking.

How Can You Learn More?

*Centers for Disease Control and Prevention, Trends in Current Cigarette Smoking Among High School Students and Adults, United States, 1965–2014, U.S. Department of Health and Human Services, on the internet at www.cdc.gov/tobacco/data_statistics/tables/trends/cig_smoking/index.htm.

‡Centers for Disease Control and Prevention, Health Effects of Cigarette Smoking, U.S. Department of Health and Human Services, on the internet at www.cdc.gov/tobacco/data_statistics/fact_sheets/health_effects/effects_cig_smoking/index.htm.

§HealthyChildren.org, Liquid Nicotine Used in E-Cigarettes Can Kill Children, American Academy of Pediatrics, on the internet at www.healthychildren.org/English/safety-prevention/at-home/Pages/Liquid-Nicotine-Used-in-E-Cigarettes-Can-Kill-Children.aspx.

**L. Shaffer, Vaping Is Far From Harmless, PBS, on the internet at www.pbs.org/wgbh/nova/next/body/vaping.

††R. Wheeler, The Vape Debate: What You Need to Know, WebMD, on the internet at www.webmd.com/smoking-cessation/features/vape-debate-electronic-cigarettes#1.