Understanding the causes and effects of air pollution is an important step to improving world health.

If you live in an urban area, you are probably familiar with air quality warnings. In some places, there are days when people are advised to stay indoors because pollution is so extreme. But it’s not just the extreme days that are problematic. More than 80% of people living in urban areas that monitor air quality are breathing air that exceeds what the World Health Organization (WHO) considers safe, and the problem is getting worse in a lot places.* Below are more air pollution facts WHO provides.† How many were you aware of?

Air pollution is not just an irritant or nuisance. In 2012 alone, outdoor air pollution is estimated to have caused 3.7 million premature deaths worldwide. While 20% of those deaths were due to lung-related ailments such as chronic obstructive pulmonary disease and lung cancer, a full 80% of the deaths were due to ischemic heart disease and strokes. The health risks go a lot deeper than our airways, and when it comes to world health, they disproportionately affect the less-fortunate citizens. Around 88% of the premature deaths attributed to air pollution occurred in low- and middle-income nations. 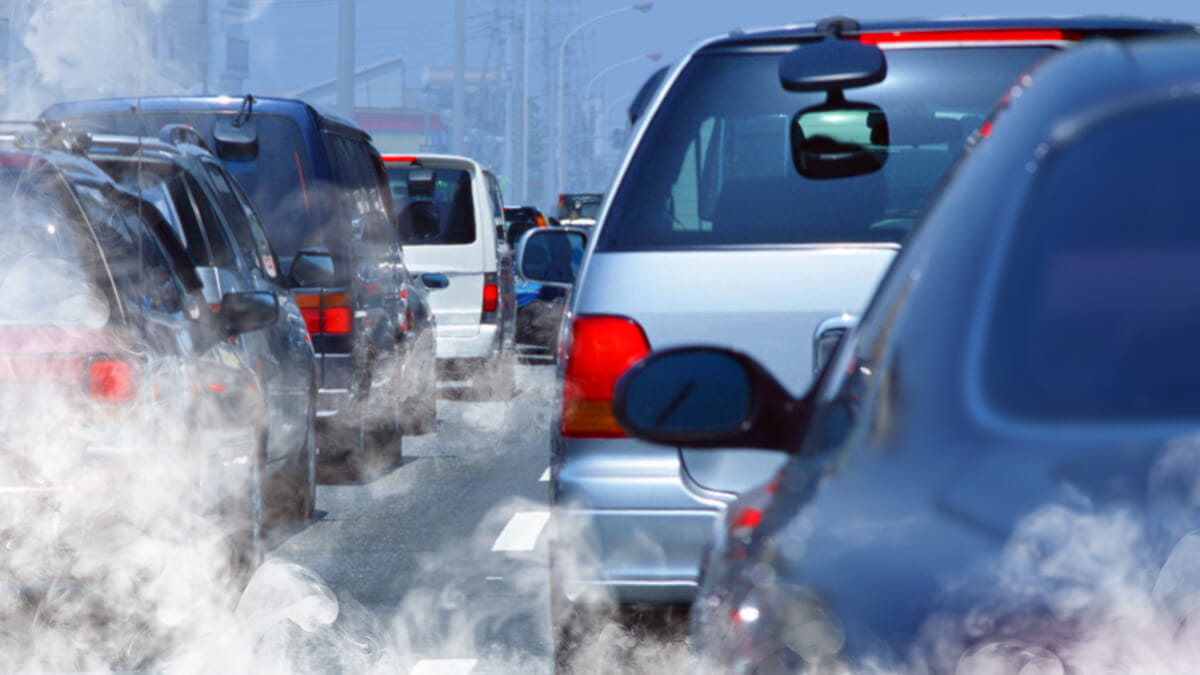 There Are Multiple Types of Air Pollution

Air pollution is a health education topic that deserves more focus, worldwide. Did you know that air pollution is really just a general term used to describe all the elements within our air that can be harmful to humans? The four primary varieties of air pollutants are:

PM is the name given to the solid and liquid substances suspended in our air, including sulfate, nitrates, ammonia, sodium chloride, black carbon, and mineral dust. These particles—particularly the smallest of them—can penetrate and lodge deep inside our lungs, increasing the chance of death or sickness from cardiovascular and respiratory diseases. PM affects more people than any other pollutant.

The ozone in the upper layer of the atmosphere is important for our environment, but ozone at ground level is harmful. It is one of the major constituents of the smog we commonly see. It is formed by the reaction between sunlight and pollutants from vehicle and industry emissions. It can cause breathing problems, trigger asthma, and cause lung disease.

Nitrogen dioxide is a by-product of the combustion processes of power plants and motorized vehicles. In addition to being present in PM and one of the chemicals that can lead to ground-level ozone, high quantities of nitrogen dioxide are toxic, causing significant inflammation in the airways. Long-term exposure to lower quantities can harm the development of lung functioning in children.

Sulfur dioxide is produced from the burning of fossil fuels and the smelting of certain mineral ores. It is colorless but possesses a sharp odor. When inhaled, it can inflame the respiratory tract, causing everything from coughing to chronic bronchitis.

It’s Not Just About Power Plants, Cars, and Heavy Industry

Health education professionals know that while the majority of urban air pollution comes from combustion engines, power generation, and the production of chemicals, they aren’t the only threat. In rural areas—particularly those in developing regions—air quality is often lowered by household burning of coal and biomass, agricultural waste incineration, charcoal production, and forest fires.

We Have to Work Together to Make a Difference

We’re often told we need to live greener, but the reality is that individual action can only take us so far. To truly combat air pollution we need our cities, nations, and global community to implement and enforce policies aimed at reducing pollution on a large scale. The World Health Organization recommends that governments take the following actions†:

While it will take worldwide effort to reduce the threat of air pollution, that effort needs leaders in the field of public health. And you could be one of them.

One of the best ways to put yourself in a position to become a leader in air pollution reduction is by earning a PhD in Public Health or a Doctor of Public Health (DrPH). Through a public health program, you can gain the skills and expertise needed to join other public health educators, leaders, and researchers who are working to find and promote solutions to air pollution.

While earning a PhD or doctoral degree may seem like a daunting task, online learning can make it easier. When you choose to earn your PhD in Public Health or DrPH online, you won’t have to upend your life in the way you would for a campus-based program. An online university can give you the flexibility you need to continue working at your current job and taking care of your daily responsibilities while you earn your degree.

All over the world, people are trying to reduce the harm of air pollution. Thanks to online public health degree programs, more people than ever are able to become a part of the research, policymaking, and global health education programs necessary to improve world health.

Walden University is an accredited institution offering online PhD in Public Health and Doctor of Public Health degree programs. Expand your career options and earn your degree in a convenient, flexible format that fits your busy life.

*World Health Organization, Air Pollution Levels Rising in Many of the World’s Poorest Cities, on the Internet at www.who.int/mediacentre/news/releases/2016/air-pollution-rising/en.