A Counselor’s Story and the Client Who Determined His Path

From the moment you first begin reading Dr. David Capuzzi’s book, Suicide Prevention in the Schools: Guidelines for Middle and High School Settings, you will be hooked. Though it was written as a resource for middle and high school counselors on the topic of suicide, Dr. Capuzzi’s own account of his time as a young college counselor is a compelling read for those who are considering earning an MS in Clinical Mental Health Counseling, or similar counseling degree. Take a moment to read an excerpt from Dr. Capuzzi’s book and see how one client changed his life.

Ashley, a 19-year-old freshman at a large state university, met his counselor in May, just as he was studying for final exams after completing his first semester of enrollment. Ashley could have matriculated at the university in late August. However, he deferred his admission by one semester because he was so nervous about leaving his family and the small town he and his parents had always called “home.” Ashley was a much wanted, only child born when his father was 48 and his mother was 46. He was always small for his age and was often picked on and made fun of by his peers. He felt comfortable at home with his parents and enjoyed socializing with the friends of his parents because they were all middle-aged and older adults. Ashley had never been able to establish close friendships with any of his peers since he rarely had been allowed to spend time at the homes of classmates and had not been allowed to attend summer camp, participate in athletics, and do the normal “kid” things because of his asthma, severe allergies, and his parents’ concern for his safety and welfare. 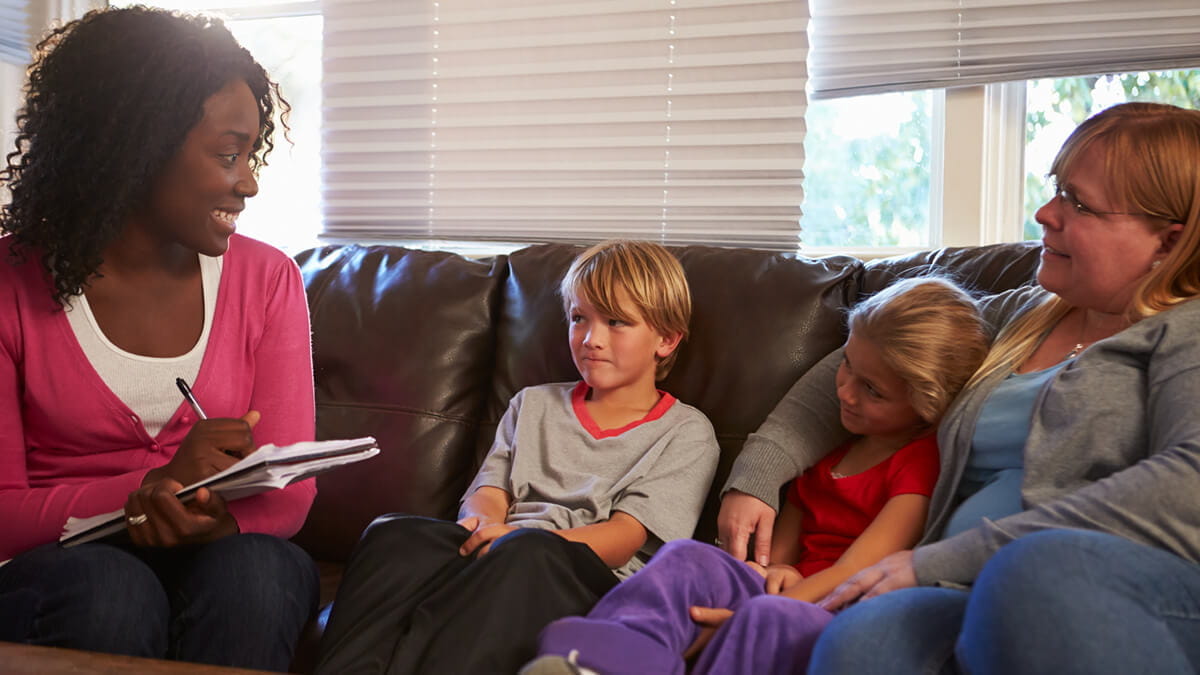 When the counselor met Ashley, he noticed how different Ashley was from the typical freshman at the university. Ashley dressed like a much older person, did not seem interested in doing the things most young undergraduates enjoyed, and had not made any friends. Ashley had come to the university’s counseling center because of the anxiety attacks he was experiencing since enrolling.

Ashley saw the counselor every week for almost a year even though, at first, he was afraid of the counselor. The counselor was in his middle twenties; Ashley initially wished he was still being seen by someone who was more like his parents and the people he had spent time with as he grew up. After a few counseling sessions with his new counselor took place, Ashley began to feel more comfortable and asked the counselor to help him learn to talk with the other young undergraduates at the university. He shared his feelings of low self-esteem and poor self-confidence.

During his sophomore and junior years, Ashley gradually developed his social skills and made a few friends. He saw his counselor less frequently now, and often let 4 or 5 months lapse between sessions; sometimes, he missed his appointments entirely and did not reschedule for 2 or 3 weeks. He had started to date a young woman he met during the middle of his junior year and was amazed and delighted that someone his own age seemed to like him.

One day Ashley’s counselor noticed that he had scheduled an appointment and the counselor wondered how close to graduation it might be for Ashley. The counselor also wondered if Ashley was experiencing fears and anxieties about transitioning out of the university that were similar to those he experienced as he left home and made the transition to the university. Ashley did not keep his appointment that day, and the counselor wondered how long it would take him to reschedule.

On the way home that afternoon, the local radio station reported the story of the suicide attempt of a university student. The by-line was “University student becomes human torch.” The counselor wondered what residence hall the student lived in and anticipated being asked to accompany other counseling center counselors into the residence hall to work with student “survivors.” When the counselor arrived at the counseling center the next morning, he found out that Ashley was the student and that he had doused himself with gasoline and lit himself.

The counselor was overcome with grief and flooded with feelings. He could not understand why he did not see what was coming and blamed himself for what had happened. He was angry with Ashley for not keeping his appointment, angry with himself for somehow not knowing what was happening, and even angrier that he had not been required to take courses solely focused on assessing and treating suicidal clients while he did his graduate work. After talking with colleagues and gaining perspective, he decided to spend time with Ashley at the hospital.

Ashley was severely burned, and the counselor had to put on sterile garb and open Ashley’s tracheotomy each time Ashley tried to communicate with his counselor. Ashley was so burned that he had lost parts of his fingers, nose, and ears. His counselor found it difficult, at first, to be with Ashley but knew Ashley needed to talk about what had happened. It seems that the precipitating event had been twofold: Ashley’s girlfriend had ended their relationship that morning and, when Ashley returned in a shaken state to his boarding house residence, he was stressed and said and did some awkward things and was made fun of by some of the other residents.

The counselor went to the hospital twice each day. The first 3 days Ashley talked with his counselor about what had happened and how he had been feeling. The last 7 days Ashley and his parents, who stayed by Ashley’s bedside, wanted the counselor to help Ashley die and to help the family during the process. Ashley died on the afternoon of the 10th day.

I was the counselor in that scenario. Shortly afterward, I began my “journey” in terms of learning all I could about working with youth at risk of attempting or completing suicide.

Still a licensed counselor, Dr. David Capuzzi has focused his career on counseling at-risk youth. If you are interested in earning an online counseling degree, Walden University has a number of relevant options from which to choose. Earning a master’s in counseling from an online university like Walden can help qualify and prepare you to make a difference in the life of someone like Ashley.

Dr. David Capuzzi is a Walden University faculty member. He is also a frequent keynote speaker and presenter at professional conferences and institutes. Dr. Capuzzi has facilitated the development of programs related to suicide prevention, crisis management, and postvention throughout the United States. In addition to being a former president of the American Counseling Association (ACA), Dr. Capuzzi was the first recipient of the ACA’s Kitty Cole Human Rights Award. He was inducted as an ACA Fellow in 2008 and received the ACA’s Gilbert and Kathleen Wrenn Award for a Humanitarian and Caring Person in 2010. Dr. Capuzzi has written, cowritten, or coedited nine textbooks and contributed to numerous professional journal articles.