Top U.S. Disasters Every Emergency Management Professional Should Know About

Lessons from the worst disasters can help us improve our emergency preparedness and emergency management.

No community is 100% safe from disaster—which is why every community needs to know its risks and have a response plan in place. But how do you plan for a disaster if you don’t know exactly where it will strike or how large it will be? 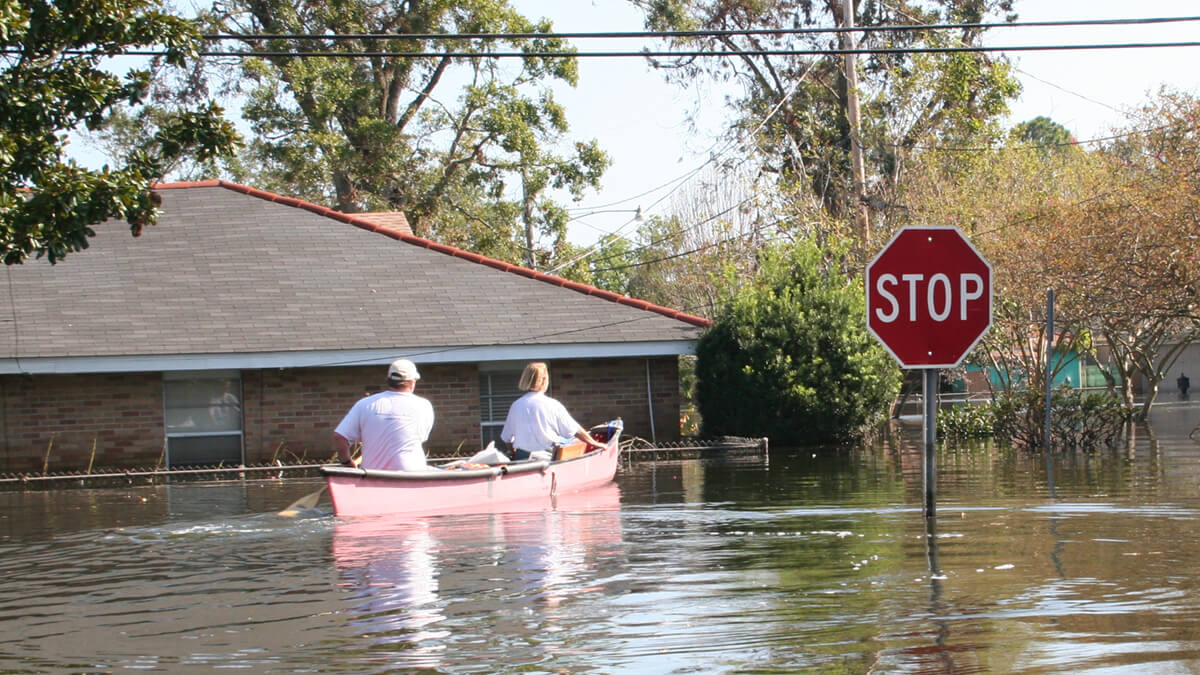 The Terrorist Attacks of September 11, 2001
As the deadliest foreign attack on the United States in history, the terrorist attacks of September 11, 2001 upended every aspect of the country’s emergency preparedness and management system. Cities all over the nation implemented new programs designed to respond to a terrorist attack, while the federal government made sweeping changes in the way it operates, consolidating the nation’s emergency management functions within the newly created Department of Homeland Security.

Hurricane Maria
A Category 4 storm, Hurricane Maria devastated Puerto Rico in September 2017, leaving an estimated 2,975 dead.1 Power remained out for months across most of the island, and local authorities and the U.S. government struggled to repair vital infrastructure systems in a timely manner. In short, the hurricane revealed serious weaknesses in America’s storm preparedness and response systems, despite changes made after Hurricane Katrina.

Hurricane Katrina
When Hurricane Katrina struck the Gulf Coast in late August 2005, the city of New Orleans was tragically unprepared. Levees failed against the rain and storm surge, resulting in massive flooding that trapped people in their homes and left entire sections of the city uninhabitable for months. The large number of deaths and the terrible hardships people endured in the days following the storm led to a significant reevaluation of emergency preparedness and response systems, from the Federal Emergency Management Agency (FEMA) on down.

The Minneapolis Bridge Collapse
While the death toll was not as high as some of the other disasters on this list, the Minneapolis bridge collapse in 2007 was a significant event for emergency management. Occurring at the height of afternoon rush hour along the I-35W bridge spanning the Mississippi River in downtown Minneapolis, the collapse sent 100 vehicles plummeting into the river. The event brought new attention to the risks posed by aging infrastructure.

The Las Vegas Strip Mass Shooting
Unfortunately, mass shootings are not uncommon in the United States. The Las Vegas Strip shooting in October 2017 was the most fatal in recent history. A gunman on the 32nd floor of a hotel killed 59 people and injured more than 500, prompting emergency management professionals across the country to reevaluate whether their own shooting preparedness and response plans are adequate.

The 1980 Heat Wave
Not all disasters happen in an instant. In the summer of 1980, a heat wave and drought struck the Midwest and Southern Plains of the U.S., sending temperatures soaring above 100 degrees day after day in numerous U.S. cities. An estimated 1,700 people died as a direct result of the heat, and some estimates put the number closer to 5,000.2 The multi-week disaster demonstrated the need for states and cities to better prepare for the effects of heat.

The 2018 California Wildfires
California is no stranger to disaster. Recently, wildfires have caused the most damage and death. In the summer of 2018, three massive fires erupted in different parts of the state, with the largest—the Mendocino fire—being the biggest California wildfire on record. Scientists believe the effect of climate change will only increase the number and size of California’s fires and could lead to similarly large fires elsewhere in the nation,3 creating a significant need for wildfire-related emergency preparedness and management plans.

How Can You Start or Advance a Career in Emergency Management?

If you want a successful career in emergency management, you’ve likely looked into various public safety degrees and homeland security degrees. But for many professionals, the best course is to earn an MS in Criminal Justice with a specialization in Emergency Management—specifically from an online university.

Through a master’s in criminal justice with an Emergency Management specialization, you can gain the skills you need to lead emergency response efforts, improve public policy, and protect communities from natural and human-caused disasters. And, when you earn your master’s degree through an online college, you can gain these skills without upending your life. That’s because online education lets you study from home and on a flexible schedule that gives you the power to choose when in the day you complete your coursework. In other words, online learning can make it possible to keep working your full-time job while you earn your master’s degree.

Disasters can strike anywhere and at any time. When you earn an MS in Criminal Justice with a specialization in Emergency Management, you can help communities better prepare for and respond to the disasters they may face.

Walden University is an accredited institution offering an online MS in Criminal Justice with a specialization in Emergency Management. degree program online. Expand your career options and earn your degree in a convenient, flexible format that fits your busy life.