History of Social Work—Examples of Changing Society and Transforming Lives

Social workers have been working toward a greater goal for decades.

Social workers have been dedicating themselves to enriching the lives of others for centuries. While the context of their work continuously changes as current events evolve, their causes and greater goals have remained the same.

As the current code of ethics issued by the National Association of Social Workers (NASW) states, “Social workers pursue social change, particularly with and on behalf of vulnerable and oppressed individuals and groups of people. Social workers' social change efforts are focused primarily on issues of poverty, unemployment, discrimination, and other forms of social injustice.” 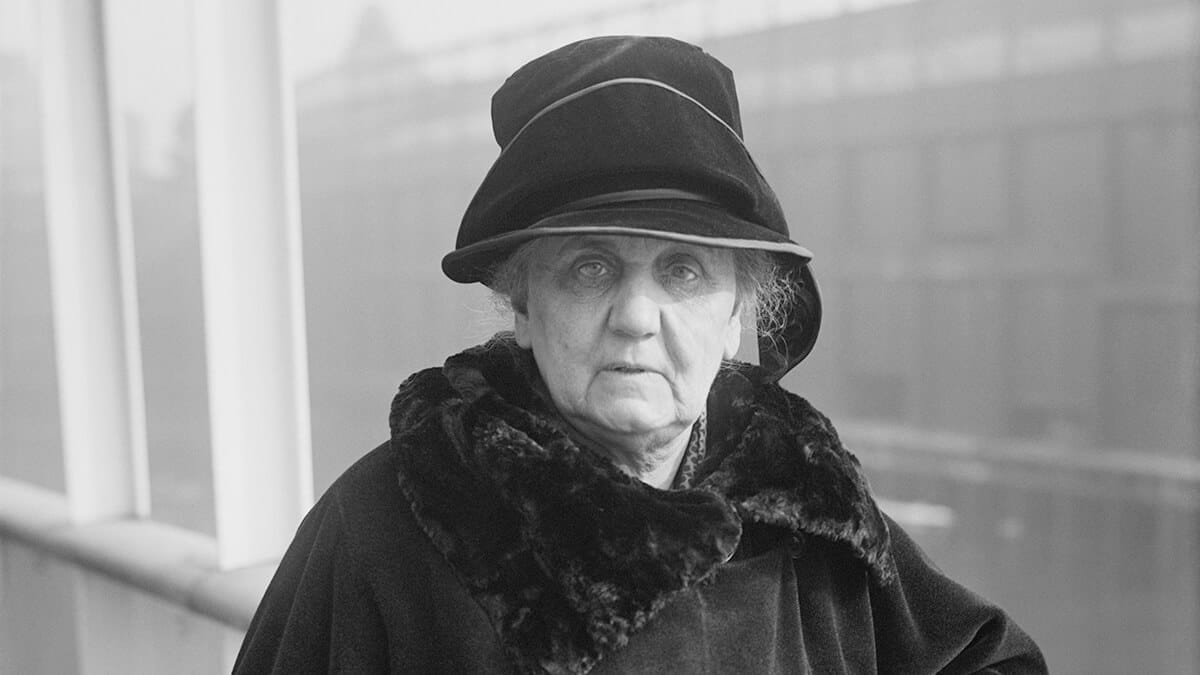 Social injustice has been the root of social work since the 1800s, when Elizabeth Fry, otherwise known as “the angel of the prisons,” focused on improving the poor living conditions that women and children in Newgate Prison endured. Through the development of (previously nonexisting) volunteer committees over time, Fry visited many British prisons, and her work was eventually incorporated into British prison law. Fry was a pioneer of the social work field, and the roots of her work are still seen in rehabilitation programs across the world.

Jane Addams is seen as one of the core leaders in establishing social work in the U.S. Addams was a philanthropist, women's rights activist, and anti-war activist in the late 1800s to the early 1900s. Her most notable act was co-founding the Chicago Hull House, one of the first settlement houses in the U.S. Hull House provided services to immigrants and poverty-stricken individuals in the Chicago area. Through Addams’s work, Hull House eventually expanded to become a hub of services, including child care, educational courses, and cultural advancement.

Another noteworthy social work progressionist is Saul Alinsky, the “founding father of community organization.” Alinsky emphasized teaching the poor and powerless ways to empower themselves, rather than just taking charity from others. He offered advice on how the less fortunate could find a voice and place for themselves within their community. His publications, such as Reveille for Radicals and Rules for Radicals, served as manuals for community organizers to come.

Advocacy groups have maintained a strong presence in modern society, and as channels of communication have evolved, their reach has become wider than ever. Dr. Brené Brown, a research professor specializing in social work, produced a TED Talk titled “The Power of Vulnerability” that reached millions as she discussed how to turn weakness into power and regain courage. The values in this message are commonly reiterated by social workers every day to give strength to their clients, families, and communities.

Dr. Barbara Solomon, a well-known professional in the field of social work, has served on Walden’s Board of Directors since 1996 and has been instrumental in shaping Walden’s social work programs, including its CSWE-accredited Master of Social Work program. Dr. Solomon is identified by the National Association of Social Workers (NASW) Foundation as a NASW Social Work Pioneer and is recognized in the California Social Work Hall of Distinction.

In addition to working as an adoptions worker for the California State Department of Social Welfare and as a clinical social worker for VA hospitals in Texas and California, Dr. Solomon spent years as a professor at the University of Southern California, teaching students about everything from social service delivery systems to family empowerment and family preservation in ethnic minority groups. She also worked to increase the number of minority students on campus, which led to the highly praised Neighborhood Academic Initiative focused on preparing local secondary school students for higher education.

This commitment to the education of others has come to define Dr. Solomon’s 50+ year career. To this day, she remains passionate about educating new generations of social workers, ensuring they possess the academic knowledge and real-world skills they need to effectively bring about change in the lives of the people they are serving, no matter what facet of our society they choose to work in.

The change doesn’t stop there. Every day, social workers are pushing for reform throughout the world to keep social justice alive, at all levels. Walden University Master of Social Work (MSW) student and Scholar of Change Jessica Christensen uses her past to help motivate others. At age 15, Christensen escaped the polygamous Kingston Clan, where she was expected to marry her 42-year-old uncle. She is now leveraging her experience by educating others about the reality of polygamy in the modern world.

Walden University is an accredited institution offering online degrees in social work, including the CSWE accredited Bachelor of Social Work and Master of Social Work degree programs. Expand your career options and earn your degree in a convenient, flexible format that fits your busy life.

NASW Delegate Assembly, Code of Ethics of the National Association of Social Workers, on the Internet at http://umaine.edu/socialwork/files/2013/02/NASW-Code-of-Ethics.pdf.

History of Social Work, edited by Jan Steyaert and Kevin Harris, on the Internet at http://historyofsocialwork.org/eng/index.php.

Social Work Degree Guide, What is the History of the Social Work Profession?, on the Internet at www.socialworkdegreeguide.com/faq/what-is-the-history-of-the-social-work-profession.

Claire Blom, Rebuilding a Strong Foundation, Spotlight on Walden blog, August 3, 2016, on the Internet at www.waldenu.edu/about/newsroom/blog/2016/rebuilding-a-strong-foundation.

Social Work Today, Visioning Social Work's Future, Celebrating its Past, Vol. 16, No. 4, on the Internet at www.socialworktoday.com/archive/071816p22.shtml.