Understanding and Dealing With Moral Distress in Nursing

In 1984, philosopher and ethicist Andrew Jameton gave a name to how nurses feel when they are required to follow a policy that conflicts with their morals and values. He called this moral distress.1

Thirty years later, nursing educator and researcher Martin Woods published his own research on the topic in “Beyond Moral Distress: Preserving the Ethical Integrity of Nurses.” The article, published in Nursing Ethics, highlighted one cost of moral distress: “… 16% of nurses in New Zealand were presently considering leaving their positions, and 48% had at least considered leaving a given nursing position in the past because of moral distress.”2 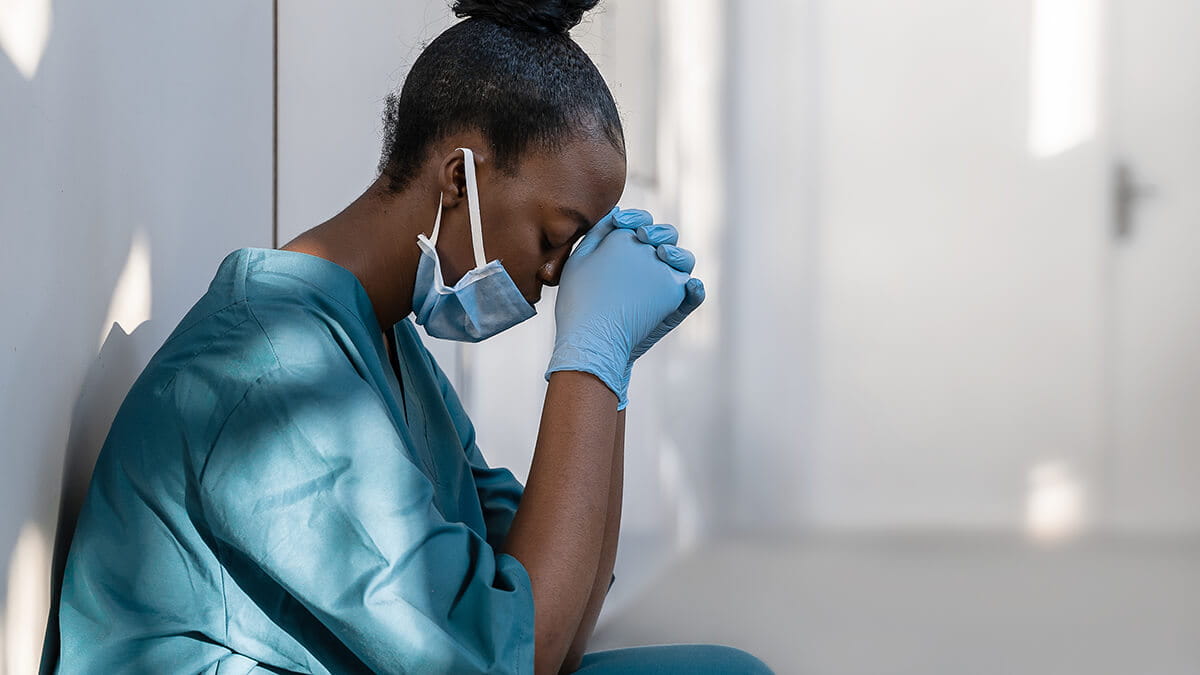 Read along with Walden’s MSN degree-seeking candidates to learn more about Woods’ findings:2

Every year, I meet a new group of postgraduate nursing students who come together to study ethics at an advanced level. For some, it is the first time in their careers that they have been able to express their ethical concerns in such a forum, or in some cases, in any formal setting; for others, it is a confirmation that not all perceived failures relating to moral issues are necessarily of their or their nursing colleagues’ own making. For all, it is a bittersweet confirmation of the difficulties involved in dealing with those sometimes painful moral problems that they have encountered over what is often several years of practice.

Indeed, it is as if through the exchange of narratives, each student feels not only marginally unburdened but free to finally state those things that really matter to them in a forum where others actually appreciate their opinions. But then at some point, we come to an examination of what is currently called nursing “moral distress,” and slowly but surely, a rising degree of exasperation and annoyance emerges around the room, as one by one the students all focus on the same question, namely, “What are we to do about moral distress?”

Moral distress is a phenomenon that is a reality in nursing however it is labeled or packaged, and whatever the experts say it is or it is not. Whenever a group of experienced nurses identify a collection of unresolved or poorly resolved ethical issues in their workplaces, it will exist in one form or another.

It is moral distress (as opposed to other possibilities of nursing distress) when there exists a moral element or threat to a nurse’s moral integrity that causes feelings of disquiet, and yes, even distress. It is moral distress (and not an ethical dilemma) when nurses feel that they have no ethical choice to make in a given situation; when there is ample evidence that nurses often feel devalued and ignored when attempting to resolve an ethical issue; and when nurses in numerous countries all appear to be saying the same things about their difficulties and frustrations when attempting to effectively respond to ethical issues in their practices.

For my own part, I discovered just how pertinent all of this was when analyzing my own research results on this topic this very year when it became clear that 16% of nurses in New Zealand were presently considering leaving their positions, and 48% had at least considered leaving a given nursing position in the past because of moral distress.

The causes of moral distress in nursing practice are clearly many and varied, although in recent times, they are largely described as being related to either internal or external constraints. Many nurses are no doubt familiar with the first kind; it is often difficult to know what the right thing to do is because there are always a number of conflicting interpretations and possibilities. Here, admittedly, the boundaries between a moral dilemma and moral distress may become blurred; such is the nature of the mental gymnastics so often associated with any significant ethical problem. But the second kind, the external constraints, is a different matter. Then, as is often argued, most nurses know what is the right thing to do, but cannot do so because of these constraints. It is not that there is even the illusion of choices in this instance because many of the constraints are related to factors outside the control of nurses. The list grows yearly, but lack of organizational support across all levels, indifferent and unsupportive organizational cultures, poor leadership, lack of adequate resources, recruitment and retention issues, government interference, and dubious policies are but a few of the main ones.