5 Stages of Team Formation Nurses Might Want to Know

They were called the Dream Team: Michael Jordan, Larry Bird, Charles Barkley, Magic Johnson, and the eight other NBA stars selected for the 1992 U.S. Olympic basketball team. Skill, strategy, and teamwork led the squad—the first to use professional ball players—to a gold medal.

Outside Olympic stadiums, team success may not always lead to medals, but the results of high-functioning teams are worth their weight in gold. In nursing, for example, effective teamwork leads to improved patient care.1 In coursework for a master of science in nursing, you can learn how to build and guide teams to success. In Interprofessional and Organizational Systems Leadership, a master’s in nursing online course at Walden University, students examine and discuss theories related to leadership and management and learn empowerment strategies that assist master’s-prepared nurses to assume and succeed in leadership roles. 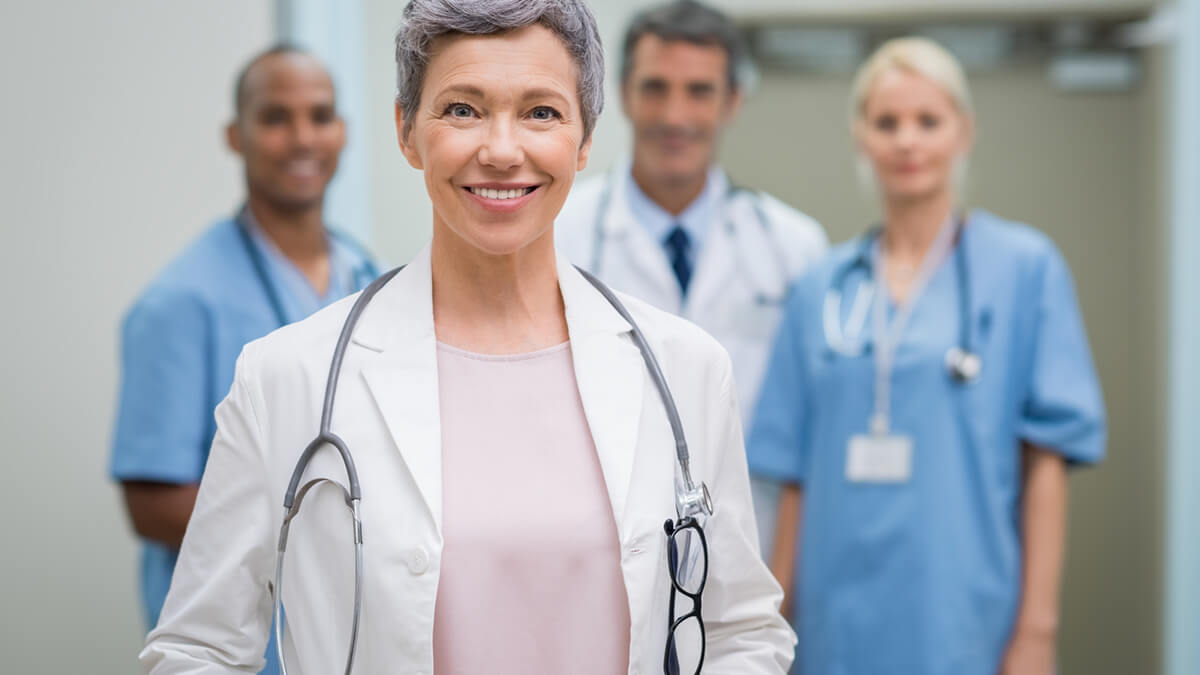 Psychologist Bruce Tuckman first came up with the memorable phrase “forming, storming, norming, and performing” in his 1965 article, “Developmental Sequence in Small Groups.” He used it to describe the path that most teams follow on their way to high performance. Later, he added a fifth stage, “adjourning” (which is sometimes known as “mourning”). Let’s look at each stage in more detail:

In this stage, most team members are positive and polite. Some are anxious, as they haven't fully understood what work the team will do. Others are simply excited about the task ahead. As leader, you play a dominant role at this stage, because team members’ roles and responsibilities aren’t clear. This stage can last for some time, as people start to work together and make an effort to get to know their new colleagues.

Next, the team moves into the storming phase, where people start to push against the boundaries established in the forming stage. This is the stage where many teams fail. Storming often starts when there is a conflict between team members’ natural working styles. People may work in different ways for all sorts of reasons, but if differing working styles cause unforeseen problems, team members may become frustrated.

Storming can also happen in other situations. For example, team members may challenge your authority or jockey for position as their roles are clarified. Or, if you haven’t clearly defined how the team will work, people may feel overwhelmed by their workload or uncomfortable with the approach you're using. Some may question the worth of the team’s goal, and they may resist taking on tasks. Team members who stick with the task at hand may experience stress, particularly as they don’t have the support of established processes or strong relationships with their colleagues.

Gradually, the team moves into the norming stage. This is when people start to resolve their differences, appreciate colleagues’ strengths, and respect your authority as a leader. Now that your team members know one another better, they may socialize together, and they are able to ask one another for help and provide constructive feedback. People develop a stronger commitment to the team goal, and you start to see good progress toward it. There is often a prolonged overlap between storming and norming, because as new tasks come up, the team may lapse back into behavior from the storming stage.

The team reaches the performing stage, when hard work leads, without friction, to the achievement of the team’s goal. The structures and processes that you have set up support this well. As leader, you can delegate much of your work, and you can concentrate on developing team members. It feels easy to be part of the team at this stage, and people joining or leaving won’t disrupt its performance.

Many teams will reach this stage eventually. For example, project teams exist for only a fixed period, and even permanent teams may be disbanded through organizational restructuring. Team members who like routine, or who have developed close working relationships with colleagues, may find this stage difficult, particularly if their future now looks uncertain.

How Can I Learn More About Teams in Online MSN Programs?

Becoming adept as a team leader is a skill you can carry with you across the nursing career spectrum. An RN to MSN degree program with a Nurse Executive specialization can provide the skills needed to coach, motivate, and lead professional teams in roles such as director of nursing, chief nursing officer, and head nurse. With a master’s degree in nursing with a public health nursing specialization, you can use your leadership and team-building skills to effect change across entire communities. Take a step toward Dream Team excellence with an MSN degree. Then learn to harness the power of collaboration and get ready to lead your teams to the gold.

Walden University is an accredited institution offering an MSN program with eight specializations. Expand your career options and earn your degree in a convenient, flexible format that fits your busy life.