PhD in Developmental Psychology candidates explore the complicated role emotions play during and after times of crisis.

How people react to an act of terrorism, or living amid civil war, often foreshadows how the group will respond. Anger and fear may fuel support for military action or escalate violence, for instance. But by understanding the complicated psychology behind conflict-related emotions, leaders and individuals can craft more peaceful solutions.

Those are among the findings of Bernhard Leidner, Linda R. Tropp, and Brian Lickel, authors of “Bringing Science to Bear—on Peace, Not War: Elaborating on Psychology’s Potential to Promote Peace.” Their article is a key reading assignment for Walden University PhD in Developmental Psychology candidates pursuing the International Perspectives specialization. 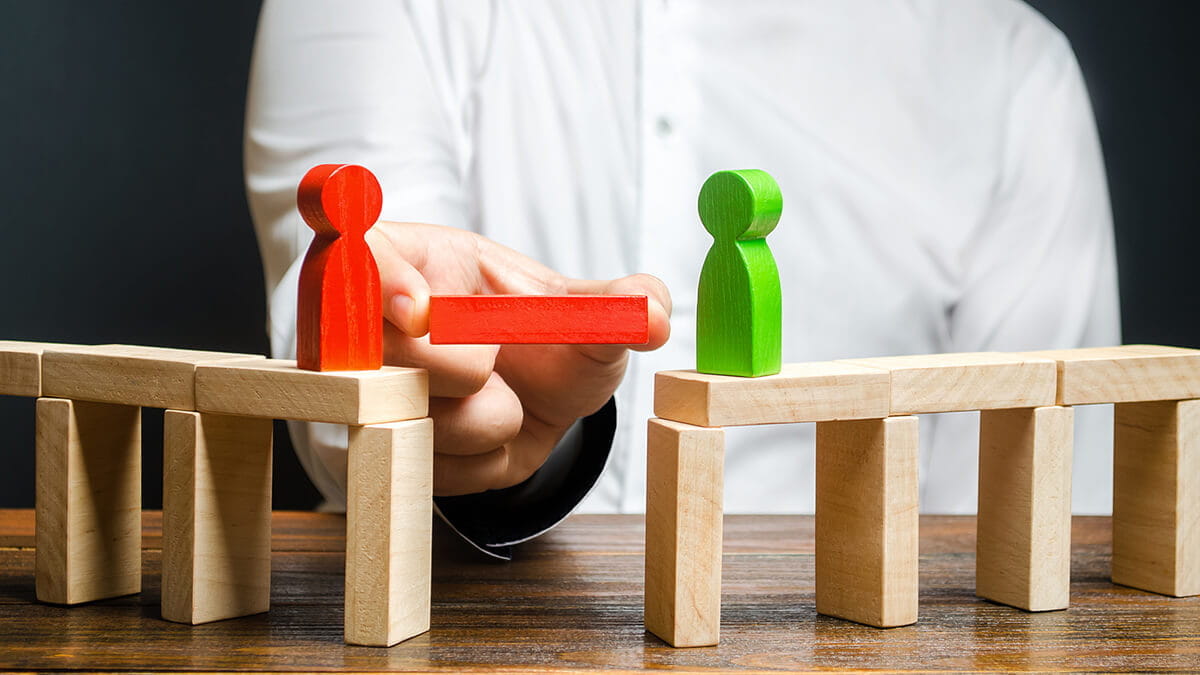 The focus of this doctorate in psychology specialization is on how cultures and global crises impact human development. In Development in an Era of Global Crisis, one of the specialization’s courses, psychology professionals explore how recent international issues such as terrorism, civil war, mass migration, and refugee crises influence the development and lives of human beings.

The article by Leidner, Tropp, and Lickel provides deep insight into those timely issues. Read along with Walden’s online PhD students to learn more about conflict-related emotions:1

When the spark of violent conflict hits a group, people often feel strong emotions. These conflict-induced emotions are often amplified over time as group members seek to collectively understand what has occurred. Emotions may become amplified as people process the provoking event more thoroughly and as media and group leaders shape public understanding and reactions to the event. As such, the specific emotions the group members experience strongly predict the actions the group will take in response to the event.

After the 9/11 attacks in the United States, for instance, public opinion polling indicated that people felt strong emotions, particularly anger and fear, after the attacks (Smith, Rasinski, & Toce, 2001). The strength of these emotions in turn predicted people’s support for conflict-related policies. Thus, the angrier people were, the more likely they were to support overseas military action after 9/11 (e.g., Lerner, Gonzalez, Small, & Fischhoff, 2003; Skitka, Bauman, Aramovich, & Morgan, 2006). Besides its confrontational effects, anger has also been shown to often pose obstacles to reconciliation and forgiveness (Brown, Wohl, & Exline, 2008; Tam et al., 2007). Thus, once a conflict has started, anger can play a key role in supporting and escalating violence.

Fear, too, is a prominent emotion in violent intergroup conflict. Bar-Tal has argued that groups embroiled in conflict can develop a collective fear orientation and that this fear orientation promotes a hostile bias toward the threatening outgroup that must be changed to achieve peace (e.g., Bar-Tal, 2009). Empirical research supports this idea. In research on Americans’ reactions after 9/11, for instance, fear predicted intolerance of Muslims and support for deportation of immigrants (Skitka et al., 2006).

Research also shows that fear can sometimes predict support for military aggression, primarily when conflicts such as the one between Serbs and Albanians in Serbia are framed in terms of future threats from the other side in the conflict (e.g., Spanovic, Lickel, & Denson, 2013; see also work on collective angst reviewed in Wohl, Squires, & Caouette, 2012). In Rwanda, extremist Hutu leaders engendered fear among many Hutus of Tutsi plans to rule them as they had in the past, inciting a large part of the population to commit the 1994 genocide (Gourevitch, 1998).

At the same time, conflict-related fear predicts less aggression in the context of conflicts that are viewed as having been resolved (Spanovic et al., 2010). Thus, under many but not all circumstances, both anger and fear can increase the propensity for intergroup violence.

Once anger and fear are felt widely in a group, they may contribute to a self-perpetuating cycle of violence (Christie, Wagner, & Winter, 2000). Cycles of retaliatory violence may occur as members of the opposing groups experience anger as a result of violence they suffered at the hands of the other group. This anger generates reciprocal motivation for retaliation and retribution on each side of the conflict, which can create an escalating cycle of tit-for-tat aggression that is very difficult to break (Lickel, Miller, Stenstrom, Denson, & Schmader, 2006).

Likewise, as shown by Lerner and her colleagues, fear is not only a product of threat but can increase threat perceptions as well (Lerner et al., 2003). As group members develop a sense of fear in response to an intergroup provocation, the fear itself is likely to increase the perceived threat posed by the outgroup and other groups. Thus, the sparks of anger and fear caused by the initiation of conflict often do not dissipate but instead have the capacity to grow and feed the maintenance of the conflict over time.

Furthermore, emotions in conflicts are not static but are likely to evolve over time. As people individually and collectively ruminate about and seek to understand the nature of their opponent in the conflict, the emotions people initially experienced may change (Lickel, 2012). It is also important to keep in mind that due to the complexity of human emotions, there is no rigid link between negative emotions such as fear and anger and outcomes such as conflict and violence. Recent research has shown, for example, that under some circumstances fear can be linked to a motivation to compromise with an outgroup (e.g., Spanovic et al., 2010), and sometimes anger can lead to greater efforts to resolve conflicts (Reifen Tagar, Federico, & Halperin, 2011).

Constructive conflict resolution methods can also reduce negative emotions and their consequences for conflict and violence. For instance, showing respect or offering help rather than threatening one’s negotiating partner or the other side in a conflict can reduce fear and “calm” anger and hatred (for a review, see Lindner, 2006). Moreover, negative emotions do not always intensify and fuel conflicts over time; in certain situations, emotions and public opinion can turn from support for to rejection of conflict, such as when there is a critical mass of opponents to war (e.g., Vietnam, Iraq) or when other concerns take precedence (e.g., the reduced support for the Afghanistan war due to the economic crisis).

Alternatively, one particularly worrisome shift that may occur is that people’s anger and fear about the other side can evolve into contempt and hatred. Hatred is characterized by an emotional signature similar to anger; however, it differs crucially from anger by the appraisal of the outgroup as dispositionally and perpetually evil (BenZe’ev, 1992), which further leads to dehumanization of the hated outgroup.

Once a conflict develops to the point where both sides have developed hatred for one another, conflict resolution becomes increasingly difficult even when resolving the conflict is in the best interest of both parties. As a consequence of the resulting hardened beliefs about the outgroup as evil and subhuman, people can develop or adopt behavioral intentions of inflicting harm on the hated outgroup, to the point of its extinction (Halperin, 2008, 2011).

Feelings of hatred increase rejection of the targeted outgroup in totality without exceptions (Opotow & McClelland, 2007; Sternberg, 2003). Hatred has also been theorized (e.g., Staub, 2005) and recently shown (Halperin, 2011) to lead to opposition to negotiation, in that it decreases support for compromise and reconciliation and increases support for halting negotiations. At the same time, hatred can lead to increased support for military action in response to failed negotiations (Halperin, Canetti-Nisim, & Hirsch-Hoefler, 2009). Thus, preventing the development of hatred, even when fear and anger are unavoidable, is a crucial goal for groups to avoid costly and counterproductive conflict.

Change Lives as a Developmental Psychologist

Walden University’s online PhD coursework addresses many of today’s most relevant issues. While pursuing a developmental psychology degree, you’ll study topics such as development in the digital age and contemporary issues that children, the LBGTQ community, and older citizens are facing. The International Perspectives specialization gives you a high-level global view.

Walden’s online PhD in Developmental Psychology program can help you gain and apply advanced knowledge of human growth and development to advance your career as a researcher, teacher, or consultant. Developmental psychologists work in a diverse range of settings, from academic institutions to advocacy and policy organizations to rehabilitation and senior centers.

With a doctoral degree in psychology, you can choose the career field that inspires and challenges you. Let Walden, an innovative leader in distance education, take you there.