Faking It? 5 Interesting Facts About the Placebo Effect

Psychology professionals are working to understand why fake medical treatments can have positive effects.

A broken lawn mower won’t cut grass. An unconnected washing machine won’t clean clothes. And a fake medication shouldn’t be able to treat illnesses. And yet, fake medications can work. It’s a phenomenon known as the placebo effect, and it’s one of the biggest mysteries studied by schools of psychology all over the world.

The “placebo effect” describes any medical treatment that’s designed to have a benign or unmeasurable effect on a patient, yet results in a benefit anyway. For example, patients suffering from depression can be given a sugar pill and experience a decrease in symptoms similar to what they may have experienced had they taken a real antidepressant. This kind of positive effect has been shown for a wide variety of fake treatments conducted with large numbers of people. What causes this? Psychologists aren’t 100% sure. But here are a few of the most interesting things we do know: 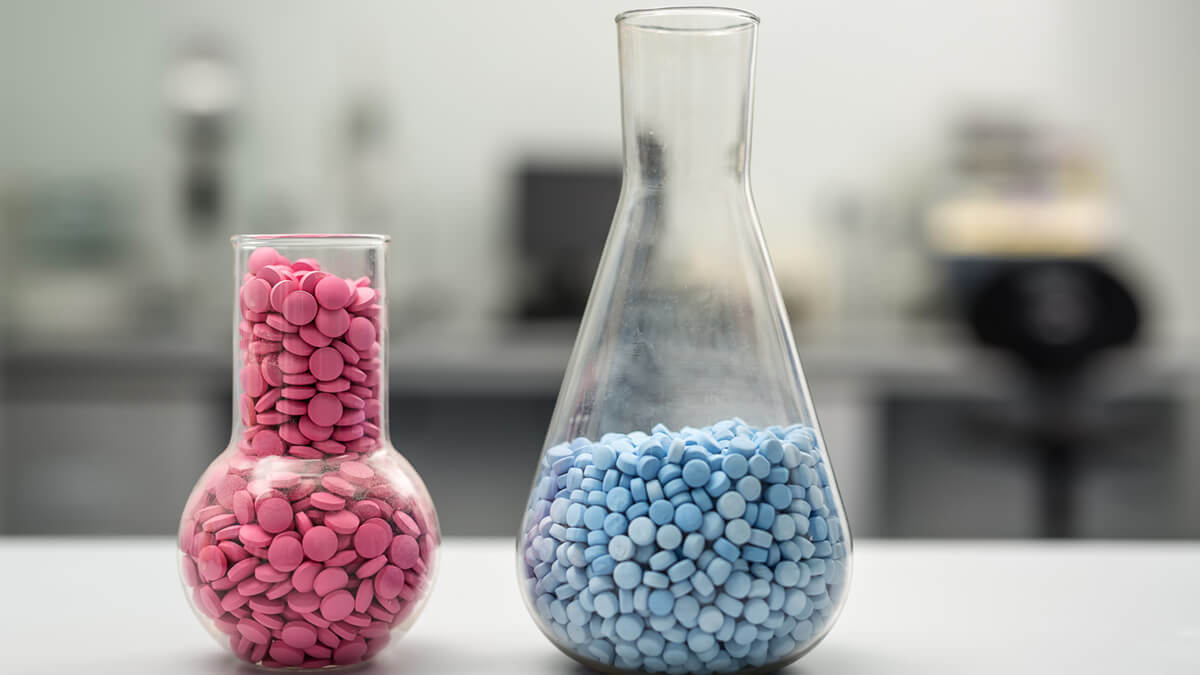 The Placebo Effect Is Psychological and Physical

For many years, psychologists believed the placebo effect was purely psychological, meaning patients only thought they were feeling better. Even in cases where placebos seemed to help patients battle illness, the accepted theory was that this improvement was due to some less-than-well-understood power of positive thinking. However, more recent research has revealed that the act of taking a placebo may have a physical effect as well as a psychological one. Specifically, when we take a placebo, our minds can release endorphins, a chemical that acts as a natural painkiller.* These endorphins can fight all kinds of pain and lead to other healing effects, adding to the power of a placebo.

The Nature of the Placebo Treatment Matters

Even Animals Can Experience a Placebo Effect

Many have long thought that placebos work by tricking our brains into believing the body is receiving meaningful treatment. That may still be correct, but the trick would have to work deeper than the conscious level. New research has revealed that even when patients know they are receiving a placebo, they can still experience a positive benefit.§ This finding has upended the conventional understanding of placebos and will undoubtedly lead to much more research.

There Is a Nocebo Effect

The placebo effect has a less-researched but still powerful opposite: the nocebo effect. If we’re told a treatment can have a negative side effect, we’re more likely to experience that side effect, even if the treatment isn’t real.** This effect is assumed to spring from the same psychological mechanisms that produce the placebo effect. As such, researchers are focusing more on the nocebo effect in the hopes of better understanding how our psychology and physiology interrelate.

You Can Learn More With a Degree in Psychology

The placebo effect is just one of many subjects you can learn about when you earn a psychology degree. In fact, psychology is one of the most diverse fields, which is why you can choose from so many different career paths with a BS in Psychology—including research, education, marketing, and more. If you want to expand your understanding of the human mind and put yourself in a position to advance your career or start a new one, a BS in Psychology can be an excellent choice.

Thanks to online education, you can begin a bachelor’s in psychology program sooner—and more conveniently—than you might think. Through an online college for psychology, you can take online psychology courses from home and earn your degree while continuing to hold down your current job. It’s a great way to expand your knowledge and prepare for a career with a psychology degree.

The placebo effect shows how much we still have to learn about psychology. With an online psychology degree, you can explore this fascinating field and improve your career opportunities.

Walden University is an accredited institution offering an online BS in Psychology degree program. Expand your career options and earn your degree in a convenient, flexible format that fits your busy life.

†D. Neil, Explainer: what is the placebo effect and are doctors allowed to prescribe them? The Conversation, on the internet at http://theconversation.com/explainer-what-is-the-placebo-effect-and-are-doctors-allowed-to-prescribe-them-55219.

§M. Marshall, A Placebo Can Work Even When You Know It’s a Placebo, Harvard Health Publications, on the internet at www.health.harvard.edu/blog/placebo-can-work-even-know-placebo-201607079926.

**J. Stromberg, What is the Nocebo Effect?, Smithsonian Magazine, on the internet at www.smithsonianmag.com/science-nature/what-is-the-nocebo-effect-5451823.