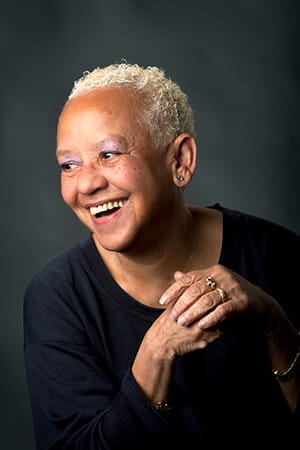 Nikki Giovanni is a world-renowned poet, writer, commentator, activist and educator. Over the past 30 years, her outspokenness, in her writing and in lectures, has garnered attention from around the globe. One of the most widely read American poets, she prides herself on being “a Black American, a daughter, a mother and a professor of English.” Determined and committed to the fight for civil rights and equality, Giovanni remains a strong voice of the Black community and is dedicated to presenting the truth as she sees it.

Over her illustrious career, Giovanni has penned more than 30 books for both adults and children, and she has earned numerous honors and awards for her work. The recipient of some 25 honorary degrees, she has been named “Woman of the Year” by Mademoiselle Magazine, Ladies Home Journal and Ebony Magazine. She was also the first recipient of the Rosa L. Parks Woman of Courage Award, and she has been awarded the Langston Hughes Medal for poetry. 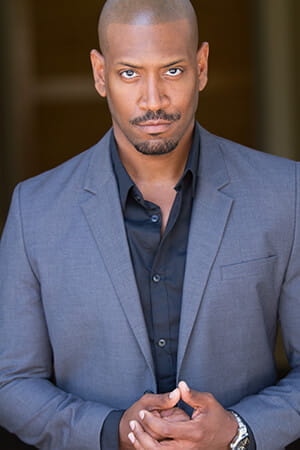 Bryan Terrell Clark is a singer, songwriter, philanthropist and actor known for his starring role as George Washington in “Hamilton: An American Musical” on Broadway. Most recently, Clark appeared in Ava DuVernay’s highly acclaimed Netflix miniseries “When They See Us,” which is a 2020 Peabody Award recipient. He also appeared in DuVernay’s “Cherish the Day” on Netflix and “Queen Sugar” on the OWN network.

He has performed in many television shows, including Fox’s “Empire,” CBS’ “Blue Bloods,” USA Network’s “Royal Pains” and BET’s “The New Edition Story.” As a singer, songwriter and producer, he was co-writer on Mary J. Blige’s “Irreversible,” and he has performed with such artists as Maxwell, Ciara, Brandy, Ne-Yo, Anita Baker, Michael Bublé and more.

Clark is co-founder of the philanthropic lifestyle brand inDEFINED, and, in keeping with the theme of his life’s work, he has made it his mission to help as many young people as possible leave a positive mark on the world. He is also the recipient of the 2019 HELP Hero Award from HELP USA, which was for his ongoing commitment to social change and activism.

About Walden University
Celebrating its 50th anniversary in 2020, Walden University was founded to support working professionals in achieving their academic goals and making a greater impact in their professions and communities. Students from across the U.S. and 120 countries are pursuing a certificate, bachelor’s, master’s or doctoral degree online at Walden. The university offers more than 80 degree programs with over 350 specializations and concentrations. Walden University is accredited by The Higher Learning Commission, hlcommission.org. For more information, please visit WaldenU.edu.