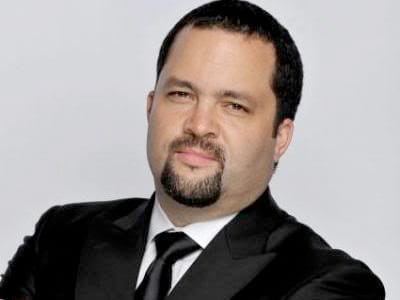 Minneapolis—January 3, 2017—Benjamin Jealous, the youngest-ever president and CEO of the NAACP, will be the keynote speaker at Walden University’s 57th Commencement Ceremony on Saturday, January 7, 2017. Jealous has been a leader of successful state and local movements to ban the death penalty, outlaw racial profiling, defend voting rights, secure marriage equality and free wrongfully incarcerated people.

Under Jealous’ leadership, the NAACP grew to be the largest civil rights organization online and on mobile, experienced its first multiyear membership growth in 20 years and became the largest community-based nonpartisan voter registration operation in the country. A builder of robust coalitions, Jealous brought environmental organizations into the efforts to protect voting rights and convinced well-known conservatives to join the NAACP in challenging mass incarceration.

“Ben Jealous personifies positive social change. He is a powerful example for our graduates of how they can take actions every day that have a positive impact on their communities and workplaces,” said Jonathan Kaplan, president of Walden.

Prior to leading the NAACP, Jealous spent 15 years as a journalist and community organizer. While at The Jackson Advocate newspaper in Mississippi, his investigative stories were credited with exposing corruption at a state penitentiary and proving the innocence of a black farmer who was being framed for arson. He also served as the founding director of Amnesty International’s human rights program in the United States, where he led successful efforts to outlaw prison rape, expose the increasing trend of children being sentenced to life without the possibility of parole and draw attention to expanded racial profiling.

Jealous is currently a visiting professor at Princeton University’s Woodrow Wilson School of Public and International Affairs and a partner at Kapor Capital. At Kapor, he invests in high-growth companies that have a positive social impact.

He is a graduate of Columbia University and Oxford University as well as a Rhodes Scholar. Jealous is the past president of the Rosenberg Foundation and has been named to the “40 Under 40” lists of both Forbes and Time magazines.

About Walden University
For more than 45 years, Walden University has supported working professionals in achieving their academic goals and making a greater impact in their professions and their communities. Today, more than 52,600 students from all 50 states in the U.S. and more than 155 countries are pursuing their bachelor’s, master’s or doctoral degrees online at Walden. The university offers more than 80 degree programs with more than 400 specializations and concentrations. Walden University is accredited by The Higher Learning Commission. Walden is the flagship online university in the Laureate International Universities network—a global network of more than 70 campus-based and online universities in 25 countries. Laureate Education, Inc. is a public benefit corporation, and both Laureate and Walden completed a rigorous, independent assessment to become a Certified B Corp®. For more information about Walden and Laureate, visit www.WaldenU.edu and www.laureate.net.