Former advisor to the chairman of the Joint Chiefs of Staff will address graduates and guests Jan. 11 in Orlando 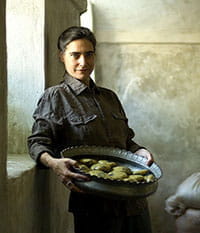 Minneapolis—December 18, 2013—Sarah Chayes, former National Public Radio (NPR) reporter, author and South Asia policy expert, will be the keynote speaker at Walden University’s 51st Commencement Ceremony on Saturday, Jan. 11, 2014, at 1:30 p.m. Eastern time at the Gaylord Palms Resort and Convention Center in Orlando, Fla. Currently a senior associate in the Democracy and Rule of Law Program and the South Asia Program at the Carnegie Endowment for International Peace, she is working on correlations between acute public corruption and the rise of militant extremism.

“As both a reporter and policy expert, Sarah Chayes has played a significant role in events in some of the most challenging regions of the world today. We look forward to having her share with our graduates and guests at our winter commencement her unique perspective on these regions and her work developing constructive public policy there,” said Dr. Cynthia G. Baum, president of Walden.

As a reporter, she covered the fall of the Taliban for NPR, then left journalism to remain in Kandahar in order to contribute to the reconstruction of Afghanistan, living there almost continuously from 2001 through 2011. After running a nongovernmental organization, Chayes launched a manufacturing cooperative that produces skin-care products for export from licit local agriculture. The goals were to help revive the region’s historic role in exporting fruit and its derivatives, promote sustainable development and expand alternatives to the opium economy.

In 2009, she was tapped to serve as special advisor to Gens. David McKiernan and Stanley McChrystal, commanders of the International Security Assistance Force (ISAF), for the unique perspective she had gained on the unfolding war in the region. In 2010, Chayes became special advisor to the chairman of the Joint Chiefs of Staff Adm. Mike Mullen, contributing to strategic policy on Afghanistan, Pakistan and the Arab Spring.

Chayes is author of The Punishment of Virtue: Inside Afghanistan After the Taliban and a contributing writer for the Los Angeles Times opinion section. Her articles have appeared in the The Washington Post, The New York Times and The Atlantic, among other publications.

The 2014 winter commencement ceremony and address can be viewed live via webcast at www.WaldenU.edu.

About Walden University
For more than 40 years, Walden University has supported working professionals in achieving their academic goals and making a greater impact in their professions and their communities. Today, more than 50,000 students from all 50 states and more than 145 countries are pursuing their bachelor’s, master’s or doctoral degrees online at Walden. The university provides students with an engaging educational experience that connects them with expert faculty and peers around the world. Walden is the flagship online university in the Laureate International Universities network—a global network of more than 75 campus-based and online universities in 30 countries.