Minneapolis—December 20, 2012—Jonathan Kozol, a New York Times best-selling author and one of the most respected voices on public education in the United States today, will speak to more than 650 doctoral students at Walden University’s academic residency on Saturday, Dec. 29, at the Hyatt Regency Crystal City. 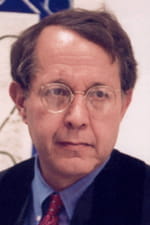 Kozol, perhaps the most widely read and highly honored education writer in the United States, has been called “today’s most eloquent spokesman for America’s disenfranchised” by the Chicago Sun-Times. At the height of the civil rights movement, Kozol traded a promising academic career for a job as a fourth-grade teacher in a poor, inner-city neighborhood in Boston. Since then, he has dedicated nearly half a century to addressing the increasingly complex and urgent issues that face public education, including the challenge of providing equal opportunities to every child, regardless of racial origin or economic status.

In 1967, he published Death at an Early Age, an account of his first year of teaching, and received the 1968 National Book Award in Science, Philosophy and Religion. Regarded among educators as a classic, the book has sold more than 2 million copies worldwide. In his writing, Kozol tackles a number of provocative education-related topics, including the challenges of urban public schools, educational disparities and the ethically complicated challenges of teaching in an age of obsessive testing and punitive methods of accountability. His other books include Savage Inequalities; the award-winning Amazing Grace: The Lives of Children and the Conscience of a Nation; The Shame of the Nation; and, most recently, Fire in the Ashes, which is considered the culminating work of his career.

Academic residencies at Walden, an accredited online university, support students’ academic and professional goals by connecting them with individual faculty mentors, student support staff and hundreds of peers. During academic residencies, students from select doctoral and master’s degree programs have the opportunity to conceptualize and develop research that contributes to positive social change.

Walden’s plenary sessions are an integral part of the residencies and are led by speakers from around the world who share an array of experiences and viewpoints with the hope of inspiring debate and lively conversation. These sessions are intended to provide Walden students, faculty and staff members with the opportunity to hear perspectives on a variety of topics that are meaningful and relevant to their lives as scholars and practitioners.

About Walden University
For more than 40 years, Walden University has supported working professionals in achieving their academic goals and making a greater impact in their professions and their communities. Today, more than 46,500 students from all 50 states and more than 145 countries are pursuing their bachelor’s, master’s or doctoral degrees online at Walden. The university provides students with an engaging educational experience that connects them with expert faculty and peers around the world. Walden is the flagship online university in the Laureate International Universities network—a global network of more than 60 campus-based and online universities in 29 countries.