Minneapolis—August 9, 2012—Charles Ota Heller, an author, entrepreneur, businessman and teacher, will speak to more than 500 doctoral students at Walden University’s academic residency on Aug. 18, 2012, at the Peabody Orlando. In his recently released memoir Prague: My Long Journey Home, he chronicles his family’s harrowing story during and after World War II. 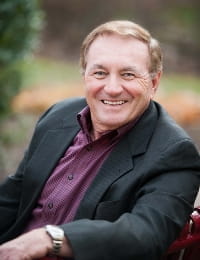 Dr. Heller was born in Czechoslovakia on the eve of the Nazi occupation, and his life was shaped forever by the horrors he experienced during that time. His family was forced to hide from the Nazis, and when he was 9 years old, he picked up a revolver and shot a Nazi soldier. In his book, he describes his own journey in Czechoslovakia from innocence to war, then immigration to the United States and prosperity. He reveals what later brought him face to face with the demons of his past and how he ultimately learned to embrace his heritage.

He is currently president of Annapolis Capital Group, a management consulting and investment firm, and was previously the director and a member of the investment committee of Athlone Global Security, an international venture capital fund. From 1990 to 1999, Dr. Heller was director of the Dingman Center for Entrepreneurship at the University of Maryland’s Robert H. Smith School of Business, where he was named the university’s first professor of practice. Previously, he was co-founder and CEO of two software companies, CADCOM, Inc. and Intercad Corporation.

In addition to being a member of the Walden University Board of Directors, he sits on the boards of FBR Mutual Funds, the Chesapeake Innovation Center, NewSchool of Architecture and Design and the Czechoslovak Society of Arts and Sciences. Dr. Heller holds three engineering degrees: a BS and an MS from Oklahoma State University and a PhD from The Catholic University of America. He was the recipient of the Maryland Entrepreneur of the Year Award, Oklahoma State University’s Lohmann Medal and Catholic University of America’s Distinguished Alumni Award. He is currently writing two follow-up memoirs, Cowboy from Prague and Ready, Fire, Aim! Tales of Entrepreneurial Terror.

Academic residencies at Walden, an accredited online university, support students’ academic and professional goals by connecting them with faculty mentors and diverse groups of peers to encourage the vibrant exchange of ideas and perspectives. During residencies, students from select doctoral and master’s programs have the opportunity to conceptualize and develop research initiatives that contribute to positive social change.

Walden’s plenary sessions are an integral part of the residency experience and feature speakers from around the world who share their stories and viewpoints with the hope of inspiring debate and lively conversation. These sessions are intended to provide Walden students, faculty and staff members with the opportunity to hear perspectives on a variety of topics that are meaningful and relevant to their lives as scholars and practitioners.

Visit www.WaldenU.edu/perspectives for an archive of past Walden speakers.