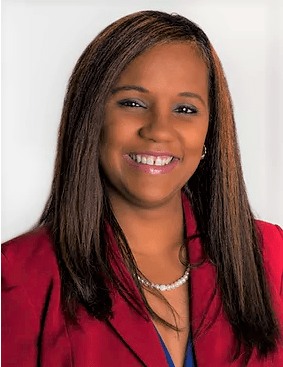 Throughout her education and career, mental health counselor Ana Valenzuela has been breaking down barriers—first for herself and now for members of her Houston, Texas, community. One day she hopes to do the same in her native country, the Dominican Republic.

Her family emigrated from the Dominican Republic to the United States when she was 15. Knowing only a few words and phrases in English set her back in high school, which delayed her graduation until the year she turned 20.

“High school was one of my most significant graduations because I didn’t know if I was going to make it,” says Valenzuela.

That commencement was not her last. She earned an Associate of Arts and then graduated with a double major in psychology and sociology. However, language was also a barrier to graduate school. Despite earning good grades her first semester, English skills hindered her on standardized admissions tests. That wasn’t a barrier at Walden, where she earned an MS in Clinical Mental Health Counseling degree in 2013. She says that opportunity made her career.

“Walden was a blessing for me,” says Valenzuela. “It was a light that said you can do it. I’m very proud and honored to say that I am doing what I love because of Walden.”

What she loves is providing counseling to children and adults in her community where they face barriers to care—social determinants of health that range from lack of insurance to transportation, scheduling availability and language. It was personal experience with the latter that first interested her in counseling as a career. When she was a teen, her family struggled to find mental health services in Spanish for a relative.

Now, Valenzuela is executive director of a local counseling and wellness center founded intentionally to remove access barriers to high-quality healthcare by providing bilingual services and accepting a range of health insurances. They also offer appointment times during evenings and weekends so families don’t have to choose between receiving care and going to school or work. For Valenzuela, it is the fulfillment of her wish to have a career where she could use her Spanish language skills and give back to her community.

What she often sees in her community is unaddressed trauma from domestic violence, sexual abuse, abandonment, bullying and community violence. During her Walden practicum, at a shelter for adults and children experiencing homelessness and sexual violence, a lot of the need was the result of trauma. It was going unrecognized and untreated, often due to taboos about counseling in the Hispanic community.

“We have seen an increase in trauma because people are speaking up about it more,” says Valenzuela. “I want to remove the negativity about therapy. Too often, anything that happens at home stays at home. People also don’t talk to counselors because of embarrassment or fear that if they seek help, they might be punished because of their immigration status.”

To address this challenge, Valenzuela has become nationally certified in trauma and resilience as both a practitioner and trainer. She helps teachers, administrators and clinicians learn how to recognize and address trauma in children and adults. Trauma-informed care is something she hopes to bring to the Dominican Republic. She is already building her professional network there, while providing the point of view of someone raised on the island but educated and practicing in the United States.

“Back home, people still perceive therapy as if there is something wrong with you rather than it being a healthy way to process our feelings and emotions and getting help from someone who is neutral.”

Valenzuela also maintains deep connections to the Dominican Republic and the Caribbean community as a leader in several heritage organizations. She served as vice president and secretary of Alianza De Organizaciones Dominicanas En Texas, where she organized celebrations for Dominican Independence Day, Mother’s Day and Father’s Day. She is currently president of the Caribbean American Heritage Foundation of Texas, which serves the entire diaspora of the Caribbean. There she has organized Caribbean Heritage Month events.

Valenzuela also remains connected to the Walden community, even eight years after earning her master’s degree. One way is by establishing her clinic as a regular field experience site for Walden students. At her clinic, lead clinician Anna Garcia is earning a Walden PhD in Developmental Psychology, and one of their new associates is Chari Burnett, a 2019 MS in Clinical Mental Health Counseling graduate.

“It is important to me that Ana is a Walden graduate because our shared experiences allow her to provide guidance and support with an understanding of my educational background,” says Burnett.

“People at Walden opened doors for me, and I have had the blessing of opening doors for other students at Walden,” says Valenzuela, who also serves as an Alumni Ambassador. “I am grateful to be in a role where I can remove barriers for other online students. Walden’s mission means embracing the opportunities I have had and giving back to my entire community. When I think about Walden and social change, what I see is opportunity I want to seize.”