The Power of Public Service 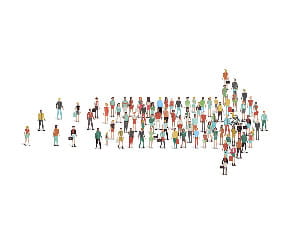 One of the many things about Walden that continually inspires me is the deep dedication of our students and alumni to improving their communities. We know from our research, for example, that our graduates have a 66% average rate of volunteerism, compared with the national average of 39% among college graduates.* Volunteerism is an important component of civic engagement that we can all participate in to address specific challenges in our communities.

I see public service as a natural fit for the passion, dedication, and knowledge I see in our community. Like many other institutions, we’ve had graduates serve in positions throughout government. This year, some of our graduates are even candidates for office in Virginia, Georgia, New Hampshire, Oklahoma, and Hawaii.

Dr. Ben Tafoya is a contributing faculty member in the School of Public Policy and Administration who has served as an elected member of the Board of Selectmen for his Massachusetts town for 9 years, and he continues to hold an elected party office in the state. He believes there is no better way to participate in positive social change than through civic engagement, but one must have passion. I asked him to share his insights on what makes an effective public servant and leader.

“To a large extent, effective public service requires the ability to manage people,” he says. “Master’s degree programs typically teach the technical skills in your area at a higher level. Walden graduates also learn how to work with their peers to accomplish a common goal through group projects. This is critically important if you are part of an executive board, and on a lesser scale if you are part of a legislative body. You learn the way budgets work, including how to read and understand expense and capital budgets. You can gain this information in any number of graduate programs.”

Doctoral programs, he says, build skills as a scholar as well as authority in a critical area of need.

“I’ve always found a familiarity with the literature of public policy to be helpful, both as a manager and now as a researcher,” Dr. Tafoya says. “Since you are a trained scholar, you have better research skills to find out the impact of an issue and how other people are addressing it. It can also be helpful because people understand and respect the importance of doctoral credentials, which lends to your credibility when discussing policy.”

Whatever issues you are passionate about, graduate education can be an effective pathway to improving the lives of people in your community through civic engagement.