The Pace of Change in Higher Education

The industry must adapt quickly in a changing environment 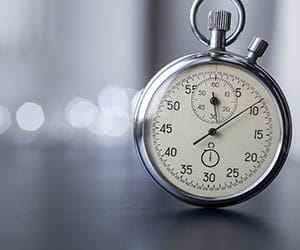 For me, the first sign of spring isn’t when birds start chirping, but rather the sound of the crack of a bat. Baseball has been around for nearly 180 years, and I’ve loved watching the sport change over time. Similar to higher education, its evolution has been slow throughout the majority of its history. However, in the last couple of years, Major League Baseball (MLB) made a series of changes to improve the increasingly slow pace of the game to address consumer demands. And, like the MLB, so has higher education.

The past two decades in higher ed have seen forces of disruption such as the advent of online education, the evolving needs of a 21st century workforce, and shifts in student demographics and their expectations. These factors are demanding rapid change in a space that historically has been slow to adapt. Not only is this affecting traditional higher education, but online education institutions also need to accelerate their pace of change to meet the expectations of today’s students and economy.

West Virginia University President Gordon Gee has shared his thoughts about the need for change, saying, “Most universities are like elephants. They’re big, they’re slow, they’re bureaucratic, and they don’t want to change. We’re going to have to be [quick and agile] like ballerinas, or we’re going to end up like the dinosaurs.”

In February, I attended the Inside Higher Ed 2018 Leadership Series event, Higher Ed in an Era of Heightened Skepticism, where Gee expressed similar sentiments. At this event, higher education leaders and influencers gathered to discuss big issues facing higher education. One issue that was discussed was whether universities and colleges simply need better branding, or if they need to implement real changes to remain relevant and provide quality higher education. I believe fundamental change is the answer, and it needs to happen faster.

Consider some of the ways postsecondary education has evolved over the past decade. Although competency-based education (CBE) has roots dating back to the 1960s and 1970s, it has only recently exploded within higher education. In 2014, 52 universities and colleges had CBE programs implemented or underway. By 2015, the U.S. Department of Education reported that 600 universities and colleges had active CBE programs or CBE programs in the works. As a leader in online education, in 2015 Walden University introduced Tempo Learning®, a competency-based education experience allowing students to progress at an increased pace by applying their existing knowledge, skills, and expertise.

Another change we’ve seen has been the increased desire of working adults to acquire new skills without earning a full degree. The decision to invest in a full degree program can be difficult for those who may not have the resources to pay tuition or are already juggling work and family responsibilities. Many colleges and universities are now providing different opportunities for these working professionals, including certificates and accelerated degree programs, individual courses for in-demand areas of interest, and massive open online courses (MOOCs). While certificates have been around for some time, data shows that students at American universities have been increasingly choosing to pursue them since 2010, when professionals were still feeling the effects of the Great Recession.

As institutions of higher education, we all have the responsibility to deliver quality education in formats that best fit our students’ needs while meeting employer demands. Let’s not wait until the ninth inning for a home run. It’s not enough to innovate; we must do it quickly to ensure all who wish to study can do so with as few barriers as possible.