Let the Spirit Live On 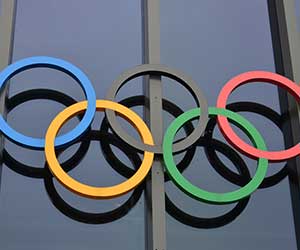 I’m a sports fan, so when the Olympics are on, I’m watching and rooting for the amazing athletes around the world who compete at the highest level on this global stage. My personal favorite is ice hockey, but when Red Gerard landed the final jump on his third run of men’s snowboard slopestyle, I couldn’t have been more excited. In fact, my wife Rachel and I, and our sons, came out of our seats screaming!

Beyond athleticism, Olympism is a philosophy of life. The Olympics represent a time when we can all—for the most part—put aside international politics and disagreements to celebrate the International Olympic Committee’s mission of “practice of sport by all people in society, regardless of sex, age, social background, or economic status.” There is no discrimination; rather, this moment in time embodies mutual understanding, friendship, solidarity, and fair play.

Unfortunately, the Olympics—whether Winter or Summer—only come around every 2 years. But you can tell when they’re approaching: The air changes somehow. There’s suddenly a concerted effort to be inclusive.

Take, for example, the commercials on TV in the U.S. This year, Coca-Cola decided to start its diversity campaign during the Super Bowl and continue through the Winter Olympics and into the Daytona 500. In other commercials, prominent sponsors highlight athletes’ inspirational background stories. Though some can make you shed a tear, these are the kinds of messages that should be out there all the time—not just during a special time of year.

Another noticeable sign is the news coverage of the U.S. Olympic team, this year highlighting the country’s most diverse group of athletes yet to compete at the Winter Games. There’s also been a focus on Team LGBTQ, with a record number of out athletes participating. Though it may seem like a small improvement from an international perspective, it’s a step forward for diversity and inclusion.

We see diversity and inclusion celebrated in different ways in different countries around the world. Right now in the U.S. and Canada, it’s Black History Month, an annual celebration of achievements by African Americans and black Canadians, and a time for recognizing their central role in history. We celebrate and reflect on their stories, successes, and struggles. It’s also a time for reflection on our commonalities, no matter our race, creed, background, or ethnicity.

Certainly, we shouldn’t only recognize and celebrate humankind during select observances or times of year, but they do help remind us of the importance of diversity and inclusion—as well as how far we’ve come and how far we have to go. Let us be kind to one another. Like empathy, kindness is learned and takes effort and practice, even among world-class athletes in the heat of competition.

Let this year’s Olympics and Black History Month be catalysts for continual bold conversations and actions regarding diversity and inclusion. My hope is that like these great athletes, we can press on in full solidarity and fair play without discrimination.