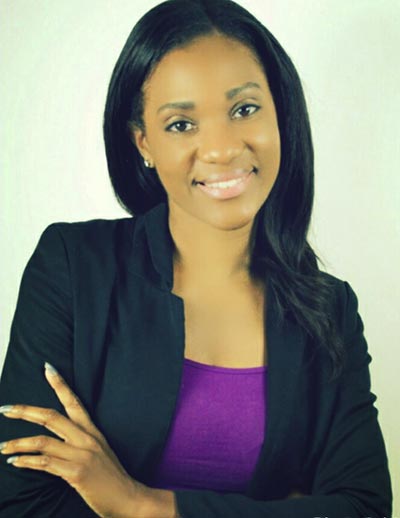 Editor’s Note: Crystal Francis is one of three doctoral students participating in Roadtrip Nation’s new 1-hour documentary—made possible by Walden University—to discover the importance of achieving the highest degree. While traveling around the U.S. in an RV for over 3 weeks, the three students will meet and interview professionals and doctoral graduates who pursued their educational dreams, overcame challenges, and went on to have successful and diverse careers.

Crystal Francis always wanted to be an attorney. That is, until she interned as one. “There is no glitz or glamour outside of trial law. In fact, you spend a lot of time researching, and if you work for a private firm, it can be quite political to work your way up in the system,” she says.

Not to be dissuaded completely, the criminal justice major went to her local courthouse and observed how cases are tried. That’s when she noticed the sentencing disparities among those who can’t afford representation, as well as sentencing for nonviolent offenders. When she asked lawyers about this, she heard about structural racism and how policies influence how the court system works.

And at that moment, she knew she didn’t want to be an attorney anymore. “I want to be the individual who sits at the table and creates policy so we don’t have the type of system and disparities that we see in our court system today,” she says. So, she pivoted and earned her master’s in integrated homeland security.

“I wanted to go further into public policy and decided to look at what’s going on in my community of Baltimore, where crime is high, to determine how I can start applying what I’ve learned,” she says. This led to her decision to pursue a PhD in Public Policy and Administration with a specialization in Nonprofit Management and Leadership at Walden while working full time as a program analyst at the Social Security Administration.

“I only applied to one school because the mission to advance positive social change stood out to me,” she says. “I, too, have a passion for it, and the fact that I found a school that actually has that as part of their mission statement was the thing that drew me to Walden.”

Crystal’s passion is for supporting re-entry into society after incarceration. She is on a mission to find ways to help society rehabilitate people who have gone through the prison system: “From my research, I've found that a lot of people commit nonviolent crimes out of necessity, and though they may have been dealt a bad hand or misfortune, they go to jail and can improve their lives after their release.”

Ultimately, Crystal wants to use her doctorate to align her passion with her job. “Someday, I’d like to start a nonprofit organization to provide alternate sentencing options for offenders who have committed nonviolent crimes,” she says. And she’s already helping make those connections. “I reached out to a Baltimore County probation and parole office to see if those convicted for nonviolent crimes could be sentenced to community service at local nonprofits that are in desperate need of manpower.” She recommended one man to work at a Goodwill warehouse; for another, she found an IT opportunity, and he was hired after his community service because he did such a good job.

“Walden has helped me build confidence—and often as one of the youngest people in the room, I know my PhD will establish trust with others who will see me as a leader and a visionary who wants to make a difference,” she says.

As for her 3-week tour, which began on April 30, Crystal is looking forward to the adventure with Roadtrip Nation. “I see it as a great opportunity to hear directly from leaders around the country working in a field I’m interested in, and learning how they overcame barriers to get their foot in the door. I want to understand what other people are doing with their degree and see what other windows of opportunity I can have.”