Dr. Jennifer Gess, faculty member in the School of Counseling, shares best practices for conversations with members of the LGBTQ community. 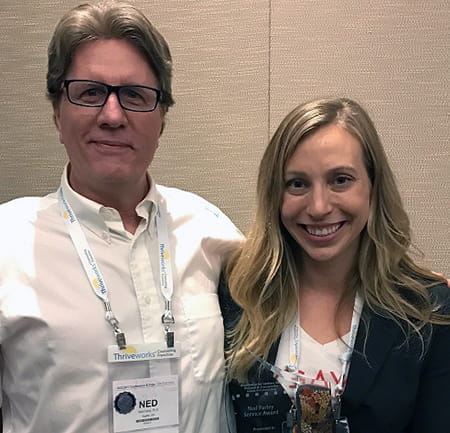 For the estimated 10 million Americans who identify as lesbian, gay, bisexual, or transgender (LGBT), coming out is the first opportunity to truly be oneself. However, each person has a unique story related to personal discovery and disclosure of their sexual orientation and/or gender identity.

“Some people are very fortunate to be accepted when they come out, like myself,” says Dr. Jennifer Gess, faculty member in Walden’s MS in Marriage, Couple, and Family Counseling program, who is white, cisgender (not transgender), and from a middle-class family. “However, there are others who aren’t as privileged, and that’s why I’ve chosen advocacy work to help others navigate the unknown.”

According to Gallup, younger generations are more likely to identify as LGBT, with millennials more than twice as likely as any other generation. “Kids are increasingly exploring gender and playing with it, and societal acceptance and media exposure are both contributing factors,” says Dr. Gess.

Though she hails from the progressive city of Seattle, Dr. Gess lives with her wife in Boise, Idaho, where, through her private practice, she works with transgender youth and their families. “Idaho is a conservative, religious state, and while a few practices work with transgender kids, no one else specializes in this area, even though statistics show that LGBTQ kids are increasing in Idaho and nationally. People drive for hours to see me.”

“Idaho is small, and people can overlook it,” says Dr. Gess, who was thrilled and thankful for the national recognition. Still, it’s because of Idaho’s size that she can see the difference she’s making. “As a counselor and educator, I am in a position to be a social justice advocate and promote positive social change, and I have the responsibility to do so.”

As more people of all ages identify as LGBTQ throughout the country, there will be increased interactions even in the most conservative communities and rural areas. Dr. Gess says there are ways to prepare for these conversations, whether it’s with a family member, friend, client, or colleague:

Like any language, these can change based on region and can evolve over time. Dr. Gess says the best way to stay current on LGBTQ topics is to visit the websites of organizations such as GLSEN, PFLAG, HRC, GLAAD, and The Trevor Project. She also recommends becoming more involved in LGBTQ community events and activities and knowing the LGBTQ resources in your local community.

“Most importantly,” says Dr. Gess, “it’s essential to stand up about intolerable discourse and challenge homophobic, transphobic, and other anti-LGBTQ remarks and jokes. You never know who is listening.”