Paying Tribute to Our Role Models

Faculty member Dr. Cassandra D. Caldwell explains that Black History Month is an excellent time to remind ourselves of the people who have positively impacted our lives. 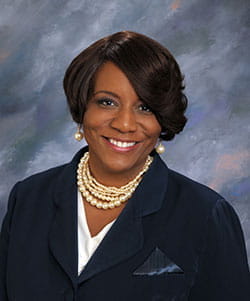 Dr. Cassandra D. Caldwell, a faculty member in Walden University’s School of Public Policy and Administration, began her in-depth exploration of black history with an African-American studies minor in college—and a new world opened up to her. “Until that point, my exposure to black history was limited to what my parents taught me and books that I read. I had no idea that our history was that rich,” she says. In honor of Black History Month, she shares a few African-American female role models from history, business, education, and her own life who have inspired her:

“When I first met Dr. Rosalind Fuse-Hall, she was the associate dean at The University of North Carolina (UNC) at Chapel Hill. She went on to become the president of Bennett College. Anytime anyone talks about her, it is always focused on how she helped them. She shares resources and helps individuals become successful,” Dr. Caldwell explains. “She is committed to helping others do well. It is an important characteristic, because role models are very unselfish and giving, which makes people gravitate to them.”

Beginning her career as a social worker, Dr. Height went on to become the president of the NCNW, which transformed her into both a civil rights and women’s rights activist who fought against illiteracy and unemployment. “I only met her once before she passed—it’s a surreal moment when you meet a legend of her stature,” Dr. Caldwell says. “Dr. Height inspired people to achieve greatness.” The recipient of the Presidential Medal of Freedom and the Congressional Gold Medal was recently commemorated on a U.S. postage stamp.

Dr. Caldwell met Oates-Forney while earning her bachelor’s degree at UNC–Chapel Hill. “She is now one of only three African-American female officers in General Electric’s history. It is easy to get so focused on one or two areas of your life that it becomes unbalanced. Tamla is a mom, a wife, a high-powered executive, a runner, and a very spiritual person. I admire how she balances her work life and personal life, and maintains her health.”

“My mom was a successful entrepreneur and would always tell me not to do something for someone else that I could do myself. What she meant was: How can you turn your skills into a business? As a result, I have always had a full-time job and a part-time business. This principle has allowed my career to evolve naturally, because I’m tapping into my passions, particularly higher education and business coaching.”

In addition to her role as a faculty member in Walden University’s School of Public Policy and Administration, Dr. Cassandra Caldwell is the president and chief engagement officer of The Kaleidoscope Group, a full-service diversity and inclusion consulting firm in Chicago. She is also an appointed advisor to the U.S. Census Bureau. Her forthcoming book, Birthday Gifts, will pay tribute to all of the role models in her life.