A Military State of Mind

Dr. Kimberly A. Kick, MSW program coordinator, stresses the demand for more counselors and social workers prepared to work with military personnel and their families. 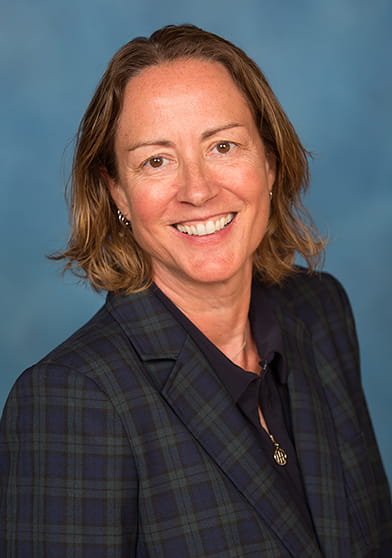 For many of the 1.3 million active duty military personnel in the U.S. armed forces, adapting to civilian life after deployment can be difficult for the service members and their families. So much can happen during the months they are deployed that adjusting to the status quo can be difficult.

“While everyone loves the homecoming reunion images that depict a returning service member walking into a room full of crying eyes, the cameras stop rolling shortly after and don’t really focus on the months, years, or even decades it can take for service members to try and get back to a new normal,” says Dr. Kimberly A. Kick, LCSW, Master of Social Work (MSW) program coordinator and core faculty member.

For example, when one parent is deployed, family roles change and the parent at home may take on more and different responsibilities, settling into a routine that works for them and the kids. When the deployed parent returns, they may have difficulty resuming their role in the family and society. “For returning service members, a trip to the grocery store can be extremely overwhelming with so many choices. While deployed, they’re used to the military making decisions for them but now there are innumerable choices when deciding what to eat for dinner,” says Dr. Kick.

Dr. Kick lives a short distance from Great Lakes Naval Station and Fort Sheridan in Illinois. A Military Family Life Consultant (MFLC), she has worked with many members of the Navy, Army, Marines, and Air Force on military installations throughout the country. “Depression occurs a lot in military families, even impacting kids. Families can fracture due to the stress and separation that occurs with a military lifestyle, causing the divorce rate in military families to increase.”

Military service members may face mental health issues that can stem from post-traumatic stress disorder (PTSD) or traumatic brain injury (TBI), and they and their families may experience issues related to extended separation as a result of deployment. “Children and adolescents can sometimes be attending their seventh school by the time they reach high school, and educators don’t realize this when students act out during class,” she says.

Dr. Kick says these problems stayed under cover for a long time due to the stigma about seeking mental health help and military service members’ fear of not advancing in their careers if they seek help. But now, more and more counselors and social workers are needed to work with the military and their families. Dr. Kick is one of 250 counselors assisting active duty service members and reserve members—as well as their families—with everyday issues. Dr. Kick is also helping other community members such as faith-based organizations, educators, doctors, nurses, and business leaders who reach and employ veterans and reservists.

“There are very specific nuances that exist within military life that are different than civilian life. For example, a therapist who calls a Marine a Solider can turn off a service member from seeking the help he or she really needs,” explains Dr. Kick. “While some of it may seem insignificant, it can make all the difference to a military service member and his or her family.”

Historically, working with military has not been included in curriculum or programming for social work and counseling programs, which is why there are so few people prepared to work with the millions of active duty military personnel. However, the tide is changing and more programs are incorporating working with service members and their families. “At Walden, we teach students how to tailor messages toward their audience and their culture. We’re all people, but there are factors for military families that are different than civilian families.”

“We need to build more awareness of needs and challenges of the military community. There is still much advocacy that needs to be done,” says Dr. Kick.

Walden is proud to have a new Student Veterans of America chapter to provide military veterans with the resources, support, and advocacy needed to succeed in higher education and following graduation. Connect with other military students or military spouses at Walden.