Zika Virus Isn't the Only Problem 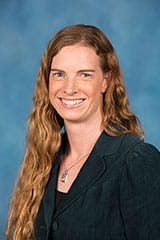 Ten years ago, Zika virus was virtually unheard of. The flavivirus was isolated from a rhesus monkey in the Zika forest of Uganda in 1947, the first human cases of Zika virus disease were detected in Africa in the 1950s, and over the next 50 years outbreaks were reported in tropical Africa, Southeast Asia, and the Pacific Islands. It was when Zika virus spread to Brazil in 2014 and coincided with a dramatic increase in the number neurological conditions, particularly Guillain-Barré syndrome and microcephaly, that the world took notice.

On February 1, the World Health Organization (WHO) declared Zika virus a public health emergency of international concern. This designation has only been used a few times before. Between January 2007 and April 2016, the Pan American Health Organization reports that Zika virus transmission was documented in a total of 61 countries and territories, 34 of those in the Americas. Brazil has been hardest hit, with estimates reaching over 1 million cases of Zika virus infection in 2015. WHO estimates that as many as 4 million people in the Americas could be infected with Zika virus by the end of 2016.

Between 2013 and 2016, increased incidence of Guillain-Barré syndrome (the leading cause of nontraumatic paralysis) has been reported in French Polynesia and Brazil with a probable link to Zika being confirmed in several studies. In northeastern Brazil, thousands of cases of microcephaly (a birth condition in which the newborn’s head circumference is less than expected for age and gender) have raised fears that Zika may cause potentially lifelong, debilitating complications. Further investigation is still needed, but every day new studies are implicating Zika as the culprit.

Zika virus is primarily transmitted through bites from the Aedes aegypti mosquito. This mosquito also carries two other arboviruses—dengue and chikungunya—and they should receive serious consideration as well. To prevent infection from any mosquito-borne virus, the U.S. Centers for Disease Control and Prevention (CDC) recommends using insect repellent, wearing long sleeves and pants, sleeping with bed nets, securing windows and doors with screens, and getting rid of standing water (where mosquito breeding sites exist). Since Zika virus also has the risk of sexual transmission—something that makes it stand apart from dengue and chikungunya—public health practitioners also recommend that to avoid the risk of transmission to a baby, anyone who might be exposed to Zika should use safer sexual practices or abstain.

However, if we put ourselves into the reality of the people at greatest risk for Zika infection, we would see that these recommendations are largely impractical. In places like northeastern Brazil, many homes are made of dilapidated materials, making it impossible to put screens over windows and doors. There is no money for insect repellent or bed nets. Long sleeves and pants are uncomfortable in warm climates. It is difficult to get rid of standing water when rainstorms are frequent and government services are not. And the resistance to adopting safer sex practices is well-known.

The battle against diseases like Zika, dengue, and chikungunya is really a fight against social inequality. Changes need to occur on a social level to protect individuals from viruses carried by the Aedes aegypti mosquito. Governments need to step up to provide mosquito control efforts as well as create climate- and disease-resilient homes and communities, including dependable piped water systems, trash removal, and screened houses to reduce contact with mosquitos. Health officials should provide door-to-door surveillance and education among at-risk populations, and increase access to personal protection products. Research is needed to develop new diagnostic tests, vaccines, and therapeutic treatments that can be used right away in developing countries that are bearing the burden of mosquito-borne diseases.

These things take money, so large-scale investment is necessary. The World Bank estimates that Zika’s economic costs in Latin America will be $3.5 billion in 2016. Compounded with costs due to dengue and chikungunya, it becomes evident that extensive and coordinated efforts to control the spread of mosquitos and reduce the incidence of all arboviruses are paramount. Due to the risk of travel-associated transmission of Zika virus, the whole world has a stake in eradication of this disease. When you see a picture of the Zika poster child—the listless infant with a small head resting on a Latina mother’s chest—take it as a call to action to contact your government representative to ask them to prioritize arboviral surveillance in your area and make funding available immediately for Zika research and development. It’s one way to help solve the problem.

Aimee Ferraro, PhD, MPH, is an epidemiologist and faculty member in Walden University’s School of Health Sciences. Her interest in vector-borne diseases such as Zika began during her tenure as a CDC/CSTE applied epidemiology fellow with the Pennsylvania Department of Health. She is currently conducting a study on Zika virus knowledge, attitudes, and practices in Peru. In collaboration with the American Public Health Association’s National Public Health Week, Dr. Ferraro spoke on the ever-changing state of Zika virus and best practice approaches to diagnosing, preventing, and controlling the virus. Access an archived version of the webinar.