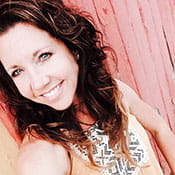 In 2014, the Substance Abuse and Mental Health Services Administration reported that approximately 21.5 million people aged 12 or older had substance abuse disorders. Despite this staggering statistic, the struggles of people who face addiction are often hidden from public view—including from their own family members—because they may not share their struggles with anyone or recognize that they have a problem.

Several years ago, Jackie Kundert, a Walden University Bachelor of Science in Nursing (RN-BSN) completion program graduate and 2015 Scholar of Change from Monroe, Wisconsin, learned that her son, who had recently begun college, was addicted to prescription drugs and had switched to heroin. She was lucky: He admitted that he had a problem and needed help.

Despite her family’s best efforts, however, her son returned to his addiction and is now in prison. “I used to think the day that he was taken away was the worst day of my life, but now I realize that’s what he needed to get a second chance at life,” she explains. 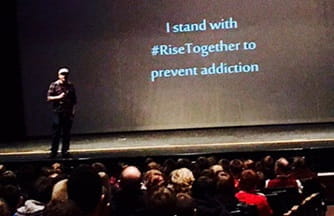 At the RISE TOGETHER event in April 2016

A few years later, as Kundert examined a map that showed the pattern of rising drug abuse rates from 2008 to 2012 in Green County, Wisconsin, a light bulb went on. “The second I saw that map, I realized I wanted to do something to fight these problems by bringing awareness to the issues that we’re facing in our community,” she explains. She went on to found F.A.I.T.H. (Fighting Addiction: It Takes Help), launching the organization’s first event last summer with a run/walk in honor of International Overdose Awareness Day.

“I was hoping for 100 attendees, but we had more than 300,” she says. “That number speaks volumes about how many people are affected by addiction—even in a small community—and how they want to support others going through similar struggles.”

F.A.I.T.H. has since transformed the community by encouraging members to share their stories and by reinforcing the need for more accessible resources. “The organization is a support system for families who are affected,” she explains. “They know they can talk to people who personally understand the problems they have and find resources for help.” 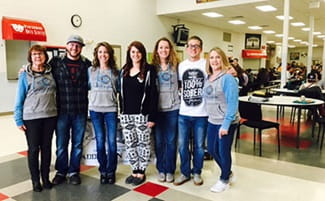 In April 2016, Kundert dedicated the money she received from the Scholars of Change video contest to sponsor a two-day event produced by RISE TOGETHER to educate nearly 2,500 middle and high school students in Green County about the seriousness of addiction. “The school systems educate students through the D.A.R.E. program, but they deserve a stronger message. Children may see their parents take prescription medication for back pain, for example, and don’t realize how addictive these medications are,” Kundert says.

In addition to hosting the annual walk again this August, Kundert is also actively building the organization’s website to list local services and help lines for individuals and families. She also hopes to connect services across local counties. “My education at Walden has made me a more confident person. It taught me to view issues from all angles, gather data, and share it to benefit my community,” Kundert says. “Earning my bachelor’s has helped me keep moving forward.”

To view other winning Scholars of Change videos, go to www.waldenu.edu/about/social-change/scholars-of-change.