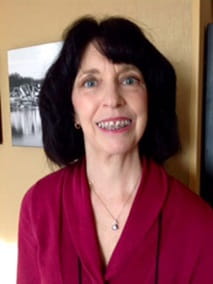 Imagine you’re a nurse in a recovery room: You’ve completed a perioperative assessment, so you have expectations about how the patient—an active-duty soldier—will react when he wakes up after surgery, having been deployed twice into combat. When he wakes up, you’re met with flailing limbs. He’s back on the battlefield, hearing bombs, grabbing his head, shouting, “Incoming!” He tries to duck for cover and run back to his buddies. He’s reliving a memory from the battlefield. How do you respond?

Donnamarie Lovestrand ’14, who repeatedly saw these situations as a registered nurse (RN) in the post-anesthesia care unit at Bayne-Jones Army Community Hospital in Fort Polk, Louisiana, knew she and her team had to develop procedures beyond an in-the-moment response. She had recently enrolled in the Master of Science in Nursing (MSN) program at Walden University, so her first instinct was to turn to the literature to research the problem.

Next, she spoke to her brother-in-law, Dr. Steven Lovestrand, a practicing clinical psychologist, for help. “We found a gap in literature,” she shares. That’s when she knew it was up to them to find an effective response for patients who have post-traumatic stress disorder (PTSD) or emotional trauma. She started reviewing patients’ charts more carefully for reports of nightmares, PTSD diagnoses, and past surgical experiences. If there was an indication that a patient woke after surgery with emergence delirium, she tagged the charts so the perioperative nurses were aware.

Next, Lovestrand changed her approach to the perioperative assessment: It was now focused first on relationship building and second on fact finding. Additionally, the nurse who was present when the patient woke up after anesthesia became the point person. The modifications helped. Her research showed that patients felt more secure and were calmer when they woke up.

Lovestrand and her colleagues also started paying careful attention to the noise levels. “It’s normal for nurses to keep the noise low if someone is agitated,” she explains. “For patients with PTSD, we found evidence that loud noises can produce additional agitation, so we kept things as quiet as we could, used soft voices, and looked right at the patient.”

Finally, they made it a regular procedure to refer patients to behavioral health professionals if they did not calmly wake up after surgery. “When they wake up, we’re concerned about their safety,” she explains. “That doesn’t stop after they’ve left our care, which is why we refer patients if needed.”

As a result of the evidence she collected, she coauthored “Posttraumatic Stress Disorder and Anesthesia Emergence,” which was published in the AANA Journal. “By making these procedural changes, we had tremendously positive outcomes,” Lovestrand explains. “We saw far fewer episodes of emergence delirium, and if we saw it, we were in control.”

Lovestrand’s work is now focused on sharing her research and the incredibly meaningful changes hospitals can make to improve patient outcomes by instituting the new procedures outlined in her article. She presented her findings at the American Society of PeriAnesthesia Nurses 34th National Conference last spring in San Antonio, Texas. And in her current role as a faculty member in the nursing program at Pennsylvania College of Technology, she is continuing her research with active military and veteran populations.

“I’ve had people contact me to say they’ve used the information and it’s made a difference. Little by little it’s getting out,” she says. “The first article was a journal for anesthetists. The next will be for recovery room nurses. We’re starting to get past specific disciplines since this could apply to any patient. The application is much broader.”

Lovestrand credits the program at Walden for her successful research and its dissemination. “I’m very passionate about caring for my patients. If it wasn’t for Walden, I would not have known how to do the research. Each course gave me a broader view of this topic. And now, as a faculty member, I have the opportunity to influence a new generation of nurses.”