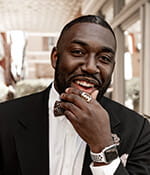 Like countless others, Isaac Cudjoe has his own experiences of racial and cultural injustice to share. But what’s more important, he believes, is that others tell their stories in an effort to build a more diverse global community.

The best way to learn, he says, is by listening. “Racial injustice is at the forefront of our culture right now—you’re forced to talk about it, and we want to be a leader in that discussion,” Cudjoe says. “While Walden is strongly committed to social change as a community, we have room to grow. One way we can do that is by giving diverse people an opportunity to highlight their voices.”

To help Walden realize that commitment, Cudjoe, chief of staff and director of Walden’s Center for Social Change, created a new initiative, Black History Lives Here. Kicking off at the beginning of February, Black History Month, the initiative will allow the Walden community to not only teach about racial injustice, but also empower others to teach us.

The monthlong event will include a series of video interviews featuring Walden staff members, who will share their own experiences and stories, as well as a live event to be announced later in the month.

The impetus for the Black History Lives Here project, Cudjoe says, came from the top. Walden President Dr. Ward Ulmer contacted him earlier this year to ask how Cudjoe could incorporate his extracurricular passions into Walden’s commitment to social change. Outside of Walden, Cudjoe works with two unincorporated community organizations to create opportunities and action for marginalized populations.

One group, Brothers With Books, provides free books to lower-income and at-risk children in his home county near Washington, D.C. The other organization speaks to Cudjoe’s heart as an immigrant to the U.S. from Ghana. The ReTurn movement is a global initiative to mobilize immigrants to reconnect with the places from where they trace their lineages, empowering them to reclaim their sense of identity to build more inclusive societies.

Cudjoe’s work with these organizations, as well as his previous experience with the human rights organization The African Middle Eastern Leadership Project, convinced him of the value of hearing others talk about their own experiences as a way to build more tolerant and inclusive global communities.

“When you have underrepresented members of the population,” he says, “one of the things you can do best is give them a chance to be heard.”

From a young age, Cudjoe was on a quest to find answers to difficult questions: When would he be able to buy a school lunch? Why did he get pulled over again and again in certain towns? And why did a police officer tap his gun when he looked at him?

But even with those experiences, Cudjoe says he’d rather not tell his own stories; he’d rather encourage others to tell theirs. He hopes to follow the path of one of his primary influencers, Rosa Parks, who prompted the 1955–56 Montgomery, Alabama, bus boycott. “I’m inspired by what Rosa Parks did that day on the bus and by what she did afterward,” he says. “She didn’t seek the lights, she was just part of the story.”

Black History Lives Here will include discussions with a broad range of Black professionals representing the past, present, and future of Walden. Below is a preview of several of the voices we will be highlighting in February. 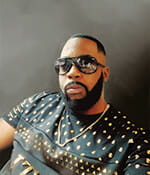 Rolando Cousins, Enrollment Specialist
Born and raised in the East Flatbush section of Brooklyn, New York, Rolando Cousins knows what racial injustice looks like. But through his own hard work, dedication to learning, and commitment to help others, he also knows what it takes to change things. Cousins has been with Walden for nearly two years as an Enrollment Specialist for undergraduate programs, where, Cousins says, he “challenges every student enrolled to become the best version of themselves they can be.” Outside work, he volunteers in support of military veterans, homeless veterans, and African American empowerment movement communities. “As an African American who grew up in New York City in the ’90s, knowledge, wisdom, and understanding is what I’m attempting to have every African American embody. There is no self-elevation without it.” In short, Cousins says, he lives his personal and professional life guided by the following principle: The strong rule the weak, but the wise rule the strong. 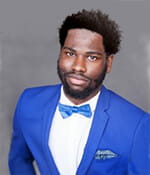 Kurtis Gorham, Senior Manager, IT Support Services
A technology enthusiast in Walden’s IT Support Services group, Kurtis Gorham is proud to be part of the university’s social change efforts. In the past six years, he’s worked his way from tier one technician, resetting passwords and answering calls, to his current position as senior service desk manager. A native of Baltimore, Gorham is the youngest leader in his group, and one of the few African Americans in a similar IT leadership role. “I’m continually committed to doing my best to motivate and inspire others to step out of their comfort zone and do something different.” 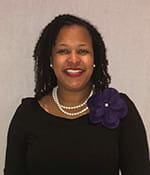 Carla Chase, Manager, Student Communications
A native of Jersey City, New Jersey, Carla Chase grew up in a large, loving family and supportive community, which instilled a commitment to social change that she carries into both her career and personal life. “The women in my family were the community leaders,” she explains, “always helping others and making sure the youth and neighborhood elderly were taken care of. I try to do the same.” She lives Walden’s social change mission by being intentional about making a positive impact in the lives of everyone she encounters. Whether it’s through her affiliations with Girl Scouts of the USA, Delta Sigma Theta sorority, or the Walden students she’s continually in contact with, her message is this: You can be anything you want to be. “My life is a testament to social change. The saying, ‘to whom much is given, much is required,’ means a great deal to me because I know the best way to ensure a better society is to promote social change. For me, that begins at home. I remind my own children that the best gift they can give themselves and the best way to honor their ancestors is through education and by being an asset to your community.” 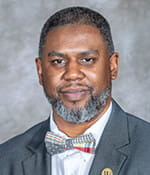 Ulysesses Wilcox, Alumni Ambassador Manager
As Walden’s Alumni Ambassador manager, Ulysesses Wilcox has a unique perspective on the future of the school’s efforts in social change. In his role, Wilcox manages a group of Walden alumni who advocate for the university and one another by raising awareness of Walden as a leader of social change. Within that role, he acts as a story gatherer and teller, understanding that the future is deeply influenced by the past. “When a student can know and relate to alumni through a social change testimonial or shared story, they can connect to that and carry it forward.” Wilcox is inspired by a story his mother once told him about his grandfather, who planted a garden each year to provide free produce to his community. “I learned a lot from that tradition—respect, perseverance, and honor of family,” he says. “I hope future generations learn that our humanity will always be connected, and they can continue to seed important values as respect, human dignity, compassion, solidarity, and consensus for generations to come.”