Broadening My Horizons: A Professional Reinvention 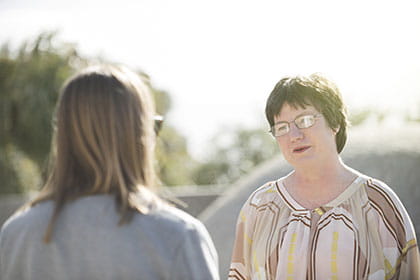 Like many avid television viewers at the turn of the century, Joan Swart ’11 found herself swept up in the “CSI” effect—even at home in South Africa. The popular American series ignited Swart’s interest in forensic science and the psychology underlying violent crimes and dysfunctional behavior. She wondered: Do real-life investigations actually play out as they do on TV?

The question not only led her to Walden but also opened the door to a second career, just as the global recession closed the door on her first.

A chemical engineer by training, Swart had several years of success in sales and management, working in the pulp and paper industry. But the intrigue of crime scene investigation and profiling proved irresistible to her.

“I had taken a short online course in forensic psychology, and I realized how complex and nuanced people’s behavior is,” she recalls. “I just had to know more.”

In 2008, she enrolled in Walden’s MS in Forensic Psychology, which provided her with the knowledge and research skills she still uses today. But perhaps most important, it gave her a mentor: the late Dr. Jack Apsche, then the program director for Forensic Psychology. 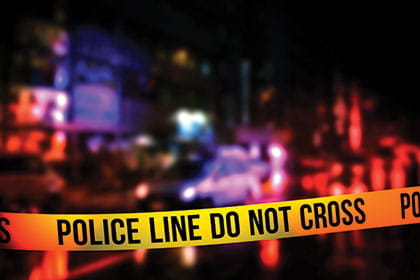 Under Apsche’s tutelage, she broadened her focus from solely criminal behavior to disordered adolescent behavior and family psychology. She helped Apsche research and develop Mode Deactivation Therapy, an intervention similar to, but less confrontational than, the widely used Cognitive Behavioral Therapy approaches. Their partnership eventually produced a book and eight published journal articles.

“His validation meant so much,” Swart says. “Working with him helped me build my network and credibility as a scientist.”

Shortly after she graduated, Swart’s pulp and paper firm closed its South Africa branch, leaving her without a job but allowing her to pursue her passion full time. She enrolled in a doctor of psychiatry program while writing, consulting, and strengthening her professional network.

“It was a journey to see if I could make it work financially. Realistically, you need to put food on the table, and the choices are usually between having a secure job and being innovative and building skills that are in demand,” she says.

Swart chose the latter; she completed her doctorate in 2013 and has thrived ever since. A lecturer, freelance forensic psychologist, and researcher, Swart says that in the past 3 years, she’s written two books, two book chapters, and more than a dozen journal articles; led 11 doctoral courses; and consulted on death penalty, armed robbery, and murder cases in the U.S. She also serves as a business developer for Open Forest LLC, a California-based company that offers mental health information and self-help courses.

It’s a life she couldn’t have imagined sitting on a couch, watching “CSI”—but she’s grateful for the opportunities that have made a dream come true.