Connections: Out of the Ordinary 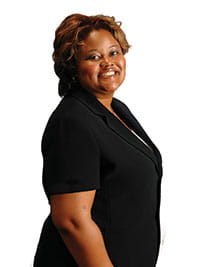 As a child, Dr. April Jones ’14 accompanied her father—a longtime Alabama politician—to events where she learned the importance of connecting with others. “He told me everyone has something to offer you and to never forget anyone because they could help you along the way,” Jones says. “Ever since then, I’ve always gone around the room and introduced myself.”

Jones now advises Charles and Bass on a number of nonprofit projects, from a literacy program in Haiti to a youth program in the Bronx. “We supported each other,” she says. “I’d ask for tips on the dissertation process, and Prospere would share his struggles and triumphs.”

She continued to cultivate connections at commencement, where she met School of Psychology faculty member Dr. Sandra Harris. Harris is also from Alabama, and she soon took on the role of mentor for Jones. Jones and Harris are co-authoring a journal article this year, “Comparison of conflict management between generational cohorts of nurses.”

After seeing such success come from her own connections, Jones wanted to share the power of networking with other members of the Walden community. She is establishing quarterly meetings in Alabama for alumni and students. “The purpose is to support people who are coming through the program, network for jobs and community projects, and help students get work and experience while in school,” Jones says.

She believes networking is especially important when pursuing higher education online. Despite the extra effort it may take, she says connections are rich at Walden because everyone shares the same mission to effect positive social change. “You aren’t connecting with ordinary people,” Jones says. “They are scholar-practitioners who have the same passion and goals. We can apply our education to real-world problems and find solutions together.”