Homeland Security and How Military-Friendly Schools Can Help

Understand how the DoD and DHS interact, and which online degree programs can help you advance your career.

Many people remember where they were during the 2001 terrorist attacks in the U.S. In the months that followed, the U.S. worked tirelessly to implement safeguards intended to keep citizens safe. New laws, procedures, and regulations were implemented; information and educational communications were readily available through a variety of media, print, and online channels; government offices reorganized; and new departments arose—including the Department of Homeland Security. 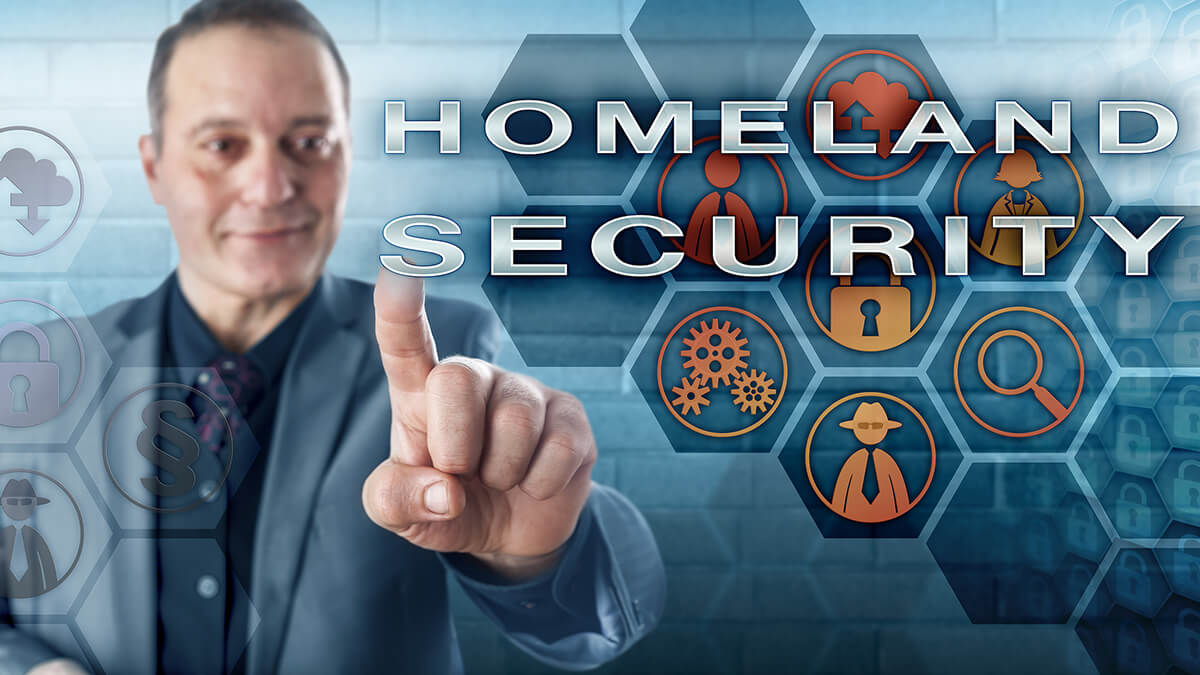 The Department of Homeland Security (DHS) was formed as a direct result of the September 11, 2001, attacks. Its objective is simple: To protect the U.S. from a variety of threats. The DHS further defines this undertaking with five core missions:*

The DHS now oversees a number of agencies, including the Federal Emergency Management Agency (FEMA), U.S. Immigration and Customs Enforcement, the Federal Protective Service, and the U.S. Coast Guard, which is the only branch of the U.S. Armed Forces under the jurisdiction of the DHS. In order to fulfill its mission, the DHS is also strategically aligned with other homeland security partners and stakeholders.

The Department of Defense (DoD), on the other hand, has jurisdiction over U.S. military operations including the Army, Navy, Marines, and Air Force. While missions of the DoD and DHS intersect, it’s important to understand the differences. The DoD provides military defense from attacks that originate from abroad, while the DHS works in primarily civilian realms to prepare for and protect against domestic emergencies, including terrorism.† However, at the direction of the president and the secretary of defense, the DoD’s military operations can be called in to support the DHS’s mission. Examples include military personnel helping communities prepare for natural disasters, responding to catastrophic events, or extraordinary circumstances requiring maritime defense or air patrols.

The DoD is the oldest and largest government agency in the country. It employs more than a million military personnel and nearly 750,000 civilians.‡ For those in the military seeking undergraduate or graduate degrees, the government’s GI Bill helps fund the expense.

Since its inception, the DHS has grown to include 240,000 employees. DHS jobs include border patrol, cybersecurity, emergency management, and many others.§ As the need for homeland security has grown, so have educational and professional opportunities in the field.

Due to the considerable focus the U.S. places on military defense and homeland security, a number of traditional and online education programs have emerged to support the growing need for a properly educated workforce to fill these roles.

For those already providing support in active-duty enlisted, military reserve, or civilian roles, online university programs such as a Doctor of Information Technology (DIT) or an MS in Emergency Management can be an ideal way to continue your education and advance your career in homeland security. G.I. Jobs named Walden University to its 2016 list of Military Friendly Schools, which honors the top 15% of colleges, universities, and trade schools that are doing the most to embrace America’s veterans as students. An education with this credential could be a differentiating factor in your career and help you develop skills necessary to keep the U.S. safe.

Want to earn your degree at a university that honors military education benefits for active-duty service members and veterans? Walden University offers more than 85 degree programs for undergraduates and graduate-level adult learners. Continue your education in a convenient, flexible format that fits your life and commitments.

*The U.S. Department of Homeland Security, Our Mission, on the Internet at www.dhs.gov/our-mission.

†U.S. Department of Defense, A Statement by Peter Verga, Principal Deputy Assistant Secretary of Defense for Homeland Security, on the Internet at http://policy.defense.gov/portals/11/Documents/hdasa/PDASD_HD_Testimony_9-11%20Commission_012604.pdf .

§The U.S. Department of Homeland Security, About DHS, on the Internet at www.dhs.gov/about-dhs.