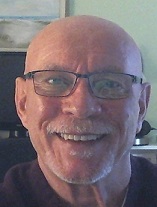 William (Bill) McElroy earned his MSEd in 1999 through Walden University with an emphasis on Educational Change and Innovation. He was hired by Walden University in 2004 as one of the original instructors in the MSEd Mathematics Education specialization and is a Course/Faculty Lead Instructor for one course each in the Mathematics K-6 Specialization and the Mathematics 5-8 Specialization. He is currently enrolled in the EdD program at Walden, specializing in Curriculum, Instruction, and Assessment.
After 41 years of teaching, Bill retired in June 2012. He taught high school mathematics for 29 years and moved to middle school in 2000. For the last 12 years of his public education service, he taught 7th Grade mathematics at Arcade Fundamental Middle School in Sacramento, California.
Bill remained actively engaged in his profession throughout his career as a mathematics teacher. He presented at national, regional, statewide, and local meetings and conferences, including NCTM and California League of High Schools; he served as mathematics department chair and mentor teacher; he wrote a digital curriculum for both Calculus and Precalculus for a company called Knowledge Adventure; he co-authored district standards for Algebra 1 and Geometry, developed assessments for both, and was honored to receive the Jaime Escalante Mathematics Teacher Award sponsored by the ARCO Foundation.
Bill is currently entering the Project Study Phase of his EdD journey in Curriculum, Instruction, and Assessment.

McElroy, B. (1996). Assessment Practices in Mathematics. National Council of Teachers of Mathematics