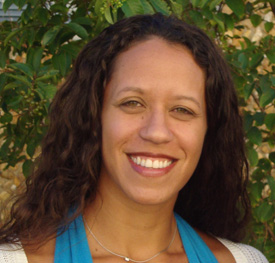 Dr. Tamara Mouras has an academic background which includes: Bachelor of Science in Criminal Justice and Master of Science in Criminal Justice. Dr. Mouras also earned her Doctor of Philosophy (Ph.D.) in Public Service Leadership with a specialization in Criminal Justice. Dr. Mouras is a veteran and served as an Operations Specialist and Master-at-Arms abroad the USS Nimitz (CVN-68) and was a member of the U.S. Navy Track and Field Team.
Dr. Mouras' teaching background includes over 12 years in higher education in which she has taught in a board spectrum of topics to include: Criminal, Justice, Public Safety Leadership, Homeland Security, Domestic and International Terrorism, Criminology, Terrorism Theories, Ethnic and Cultural Diversity, Community Policing, Radicalization Process, Homegrown Violent Extremism, Intelligence, Prison Radicalization and Qualitative Research in Terrorism. Her research subject matter areas of interest include: Radicalization Process, Prison Radicalization, Extremism and Domestic Terrorism Disengagement and Prevention.

Some personal and interesting information about Dr. Tamara Mouras is that she is an avid athlete and trains roughly 5-6 times per week. Dr. Mouras is also a certified, Functional Fitness, Kettlebell and Battle Ropes Instructor. She loves to run and train as this starts her day on a positive note. Dr. Mouras is married to a retired Navy Veteran and is a mother of two daughters.