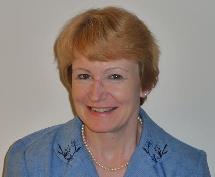 Dr. Squellati grew up in California, where she began her nursing career as an Associate Degree Nurse. After earning her Bachelor’s in Nursing, she entered the Air Force, where she spent 28 wonderful years. Five years after joining the Air Force, Robin received a Master’s in Nursing (MSN) Administration from California State University. Five years after receiving an MSN, Robin earned a certificate as a Women’s Health Nurse Practitioner. Finally, Robin decided to teach nursing after her career in the Air Force, so she went back to school to earn a Ph.D. in Nursing Education from Capella University. She has taught at University of Hawaii, Hilo, Chamberlain University, and has been at Walden since 2014. Robin has taught at the DNP and MSN level. She has experience teaching leadership, research, health policy, and foundational MSN courses.
Robin’s favorite areas of nursing are health policy, leadership, and Women's Health. Her last role in the Air Force was Director of Nursing, but over 28 years, she enjoyed several nursing positions, such as Medical Operations Commander, staff nurse for Senator Inouye, Deputy Director of Congressional and Public Affairs for the Air Force Surgeon General, Commander of a hospital in a deployed location, and many types of nursing jobs. Her last civilian position prior to teaching was Medical Management Supervisor for an insurance company, where she oversaw nurses in case management, utilization management, and disease management. On a more personal note, she is married and has two adult sons. She enjoys hiking, travel, running, skiing, swimming, birding, and cooking. Northern Nevada is a perfect area to call home.

NURS 6052 - Essentials of Evidence Based Practice