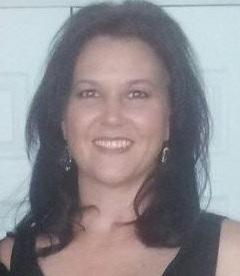 Dr. Blackmon began her law enforcement career in 1998, working as an investigative intern with the Florida State Fire Marshal’s Office. A Florida native, she earned her undergraduate degree in Criminology at Florida State University. Having developed a deep passion for the criminal justice process, she went on to complete the police academy and joined the Clermont Police Department in Central Florida in 1999. While gaining experience in patrol, investigations, community relations and administration, she continued her studies and completed her master’s degree in criminal justice in 2006 from Nova Southeastern University. During her law enforcement career, Dr. Blackmon was a member of the Florida Sex Crimes Investigators Association and the Florida Division of the International Association for Identification. She was also honored with the distinction of Clermont Police Department Officer of the Year in both 2002 and 2004. In addition, Dr. Blackmon implemented the Clermont Police Mobile Community Crime Prevention Unit utilizing Federal grant funding available through the Byrne Formula Grant Program, as well as initiated the Sexual Predator Awareness Program for the City of Clermont. Dr. Blackmon left law enforcement in 2006 to pursue teaching crime scene technology at Keiser University in Orlando, FL. In 2008, she then began working as an adjunct professor for several online schools and left fulltime teaching in 2008 to work solely as an online instructor. Dr. Blackmon completed her PhD in Criminal Justice and Behavioral Sciences at Nova Southeastern University in 2014 and is a member in good standing of the International Association of Forensic Criminologists and the Academy of Criminal Justice Sciences. Dr. Blackmon's research interests include: police psychology, police stress, law enforcement retirement, victimology, community policing, sex crimes and women in policing.

Faculty of the Quarter, Remington College, 2010

Blackmon, K. K. (2015). Overcoming the Obstacles of Higher Education: How to Provide your Students with a Success Map. FAPSC