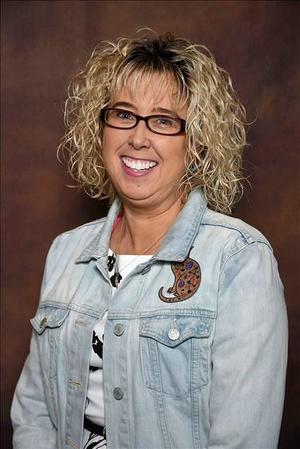 Dr. Dardis' field experience includes her time as a school counselor in a title one, inner city school in Fort Worth, Texas for seven years, after having spent the three years prior as a high school science teacher. While working toward her clinical license, she worked at a family clinic in Fort Worth, Texas. She has five years of experience in the clinical setting, with a specialty in children and adolescents, especially play therapy, as well as specialized training in sand-tray therapy. Her passions in the profession include school counseling and group counseling.
Licensed as a school counselor and professional counselor in both Ohio and Texas, Dr. Dardis is fully committed to leadership in the counseling profession. She has served as the Treasurer for North Central Association for Counselor Education & Supervision; the President of Northwest Ohio Counseling Association; President of the Ohio Association of Group Workers; Co-Chair of the Ohio Counseling Association's Professional Identity and Ethics Committee; and on the editorial board for the Journal of Counseling Practice. Further, Dr. Dardis has received a number of awards, including the following: both a Presidential Fellow and Emerging Leader Fellow for the Association of Counselor Education & Supervision; Counselor Educator of the Year from the Ohio School Counselor Association; Counselor Educator Fellow for the American School Counselor Association; and Emerging Scholar from the Association of Specialists in Group Work, Texas School Counselor of the Year, ACA's Ross Trust recipient, CSI fellow; North West Ohio Supervisor of the Year; Bayard Friedman Community Hero Award in recognition of her research in online group counseling and others.
Her research areas are both qualitative and quantitative studies in the area of online groups, the use of technology in counseling practices & teaching, and school counselor development.

COUN 6311S - Leadership, Advocacy, and Consultation in the Schools

Kozlowski, K. A. (2015). A Comparison of Online and Face-to-Face Process Groups. Journal of Technology In Human Service

Kozlowski, K. A. (2015). A Comparison of Online and Face-to-Face Process Groups. Journal of Technology In Human Service

kozlowski, k. a. (2017). A National Survey of the Integration of Technology into Counseling Practice. NBCC

Dardis, K. A. (2018). A Pilot Survey of the Integration of Technology into Counseling Practice. . Journal of Counseling Research and Practice. Fall 2018

Dardis, K. A. (2019). An exploration of supervision training opportunities for school counselors. Journal of School Counseling

Kozlowski, K. A. (2014). Experiences in online process groups: A qualitative study. The Journal for Specialists in Group Work

Kozlowski, K. A. (2012). Healing through mythology. Journal of Poetry Therapy

Kozlowski, k. A. (2014). Integrating Web 2.0 technology in education and clinical settings: An isomorphic perspective. Journal of Technology in Human Services

Holden, J., Oden, K., Kozlowski, K. (2011). Teaching about near death experiences: The effectiveness of using The Day I Died. " Omega: Journal of Death and Dying

Dardis, K. A. (2019). DL Group Work and How to Address Problematic Student Behaviors .