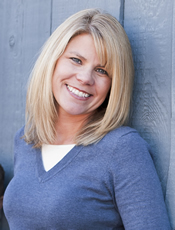 Kathryn began with Walden in April of 2005 and has worked in the ITC (Integrating Technology in the Classroom) master's specialization for various courses as instructor, course lead and course designer.
Since 2016, she also currently holds a position as a Gifted Specialist for an elementary school in a large school district in Phoenix, Arizona.
From 2006 - 2016, she worked for a small Phoenix-based company designing online educational content.
From 1999 - 2005, she held a position as a middle school Instructional Technologist in San Antonio, Texas.