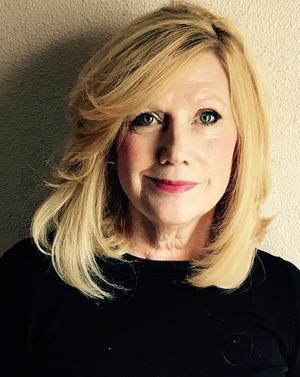 About a week after graduating with her doctorate, Dr. Katherine Garlough was invited by 8 professors to be on a team to co-write a USAID/University of Oklahoma grant to address the higher education issues in Iraq after the 2003 Invasion. It was a full-time service project. Data collection for the grant was wonderous; it began in May 2003, the day after the war ended, in the midst of a destabilized, devasted country through a global web of personal relationships that stretched from Norman to Stockholm to Baghdad.

Through riots and bombs, our Iraqi colleagues interviewed Iraqi university presidents and sent the data back to us. By August, The Al Sharaka Grant to Revitalize Higher Education in Iraq was written, and it was funded for $4.1 million in November. As project coordinator, Dr. Garlough spent several years supervising staff in the US and in Iraq.

Communication continued after the grant and her relationships with her Iraqi counterparts flourished. Years later, Dr. Garlough was invited to Erbil, the capital of the autonomous region of Kurdistan in Iraq. She made several presentations that were televised by national networks: workshops on the assessment of universities and faculty, and international human rights conferences on recommendations for the education of peace.

While serving as director of assessment and institutional effectiveness at an Oklahoma state university, Dr. Garlough was invited to serve as an advisor to the minister of Higher Education and Scientific Research for the Kurdistan Regional Government (KRG) for a year. Her university agreed to a sabbatical and she moved to Erbil, Iraq. There, Dr. Garlough advised the Minister on establishing a KRG accreditation system for university and faculty assessment. Her second major assignment was to sit on the steering committee for the first International Conference for Revitalizing Research in Kurdistan. Her job was to find and extend invitations to 800 professors, deans, and chancellors from around the world to come to Erbil. Interestingly, there was no budget for the all-expense paid invitations. In addition, she oversaw the logistics of the opening ceremony coordinating with the Prime Minister’s staff.

Back home in the rural mountains of Oklahoma, Dr. Garlough joined the faculty of Walden University. For her service efforts, she turned her attention to a 35-year-old non-profit serving the NE Oklahoma population, mostly Native American (51%). Help in Crisis, Inc (HIC) is the only domestic abuse shelter in four counties and the provider of sexual assault exams in conjunction with the local hospital. Three years ago, she was appointed to the board of directors. The first thing she noticed was that there was no plan and there was no planning process.

So, Dr. Garlough requested that the board do a strategic plan. She organized a deep data collection with the strategic planning committee to facilitate focus groups with members of various agencies across 4 counties. They met with members of law enforcement, district attorney offices, school districts, state department of human services (DHS), staff, founding mothers, and clients. Findings included improving communication across agencies, updating the website, mission and vision, and finding non-governmental funding.

Walk a Mile in Her Shoes has been the greatest annual fundraiser for HIC, and everyone enjoys seeing large numbers of men walk a mile down Main Street wearing red high heels. After the strategic planning process, Walk a Mile events were expanded and HIC added a masquerade ball to be held every October. This year, over 500 people attended the formal ball in support of HIC. Meanwhile services have expanded to the point where HIC is now able to take overflow clients from Tulsa county.

Committees were formed within the Board and based on the strategic plan. The committees help to relieve the administrative burden on staff allowing them more time to serve clients. Many improvements are happening in terms of employee benefits, foundation grants, and upgrading facilities.

Dr. Garlough spent the last year creating a spin-off of HIC by writing the bylaws, policies, and procedures for a Help in Crisis Foundation, which will focus on fundraising. Finally, at Dr. Garlough’s recommendation the board accepted a Walden doctoral student majoring in business to consult with the agency and to use HIC as the basis for his case study. For Dr. Garlough, opportunities to serve rarely arrive by invitation… more often they come about by an inquiry to a possibility.

Help in Crisis, Inc., Board of Directors - Tahlequah

Educator of the Year Award, American Association of University Women, 2010

Garlough, K. A. (2009). Educational Framework for the Future of Human Rights in Kurdistan.

Garlough, K. A. (2003). ASHE from ABC to Ph.D.: Making the conference work for you. Association for the Study of Higher Education (ASHE)

Garlough, K. A. (2007). Writing for About Campus and ACPA Books and Media Board: A Publishing Workshop. ACPA/NASPA