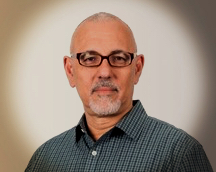 Jorge A Delgado is an Adult Nurse Practitioner with 27 years of experience in Trauma & Vascular Surgery. He earned a Bachelor of Science in Nursing from the University of Miami, and then went to complete the requirements for a Masters of Science in Nursing at Florida International University Adult Nurse Practitioner Program with a Post Masters in Nursing Education. Dr. Delgado earned his Doctor in Nursing Practice from The University of Alabama. He has been an adjunct faculty at Florida International University School of Nursing from 2005 to 20012. He went to teach at Duke University Graduate School of Nursing from 2013 to 2019. At the present time he is a contributing faculty for Walden University. He has research interest in vascular surgery post operative wound infections and migrant health care. Dr. Delgado practice Vascular Surgery at Duke University Hospital in North Carolina. He is a founder member of the National Disaster Medical System (NDMS) and Homeland Security since 2003. He has volunteering participated with NDMS in missions and trainings in Alaska, Earthquake in Haiti, Key West drill Air Force and NDMS rescue training. He retired from active duty with NDMS in 2017. He has been an invited speaker for Trauma Nursing in Bogota Colombia in 2000 & 2008.

DNP, The University of Alabama

Certificate of Apreciation for contributions to the Physician Assistant Profession, Townson University, Baltimore-Maryland, 2003

Delgado, J. A. (2008). Role of the Nurse Practitioner in Trauma . Military Hospital