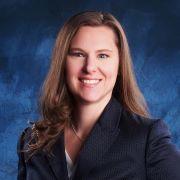 Dr. Christy’s formal training is in public policy and administration, as well as, school psychology where she has served in various roles over her 20+ year career. Dr. Christy started her career as a school psychologist in Baltimore City Public Schools in Baltimore MD. She then moved to Prince George’s County Public Schools where she was also a member of the Prince George’s County Educator’s Association (PGCEA), the Maryland State Education Association (MSEA), and the National Education Association (NEA). As a member of PGCEA/MSEA/NEA she moved into leadership positions including serving as a building representative, delegate to state and national representative assemblies, local and state boards of directors, local treasurer, and local full time release president. It these roles she has been a public policy influencer, particularly in the K12 education policy arena.