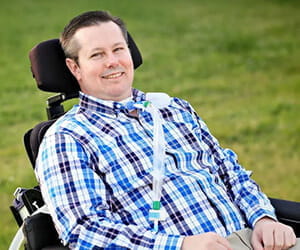 Challenges are no match for Dr. Jeremy Van Tress. They are merely new opportunities to serve others.

When he was laid off during the Great Recession, his promising job helping vulnerable children in Hawaii ended. Undeterred, he followed through on another dream: serving in the military. He enlisted in the Army hoping to use his recently earned Master of Social Work, but he wasn’t yet licensed. Instead, he put those skills to work in different ways.

“Throughout my military career, I used the skills I learned as a social worker, including empathy, compassion, effective writing and communication,” says Dr. Van Tress. “I believe those skills made me an effective leader.”

He became the first second lieutenant to serve in the Joint Special Operations Command (JSOC), which studies special operations requirements and techniques, ensures interoperability and equipment standardization, plans and conducts special operations exercises and training, and develops joint special operations tactics. Dr. Van Tress also served as a platoon leader and human resources manager for the Special Troops Battalion in the 82nd Airborne Division Sustainment Brigade. He deployed to Afghanistan, where his service earned him the Bronze Star Medal.

“I had every intention of serving for 20 years, but I was diagnosed with Lou Gehrig’s disease, which forced me to medically retire from the Army Reserves in 2018,” says Dr. Van Tress.

Lou Gehrig's disease, also known as amyotrophic lateral sclerosis (ALS), is a progressive neurodegenerative disease that affects nerve cells in the brain and spinal cord. This was yet another challenge Dr. Van Tress looked at as an opportunity to help others. Not only was he the first in his family to pursue higher education, Dr. Van Tress decided to enroll in Walden University’s PhD in Social Work program to research "Amyotrophic Lateral Sclerosis Patients' Sociological Resilience, Self-Determination, and Decision-Making for Life-Sustaining Treatments."

“I felt a deep and compelling need to give back and serve my fellow ALS patients in any way I could,” says Dr. Van Tress. “The best way I could do that was to earn a doctorate to learn important research skills and enhance my clinical skills.”

He simply wasn’t done learning, especially knowing that as much as 50% of people with ALS develop some degree of cognitive thinking or behavioral abnormalities.

“Even though I have a terminal illness, I feel that learning is important,” says Dr. Van Tress. “It was vital that I keep my brain working, particularly since it will be my greatest asset as my ALS progressively worsens.”

Dr. Van Tress did face medical challenges while pursuing his doctorate, but he didn’t let it slow him down. During his first semester, he was hospitalized for an urgent tracheotomy surgery. Because he was ahead on his coursework and the program was online, he was able to take the time needed to recover and reengage in classes as he was recuperating in the hospital.

As a student, Dr. Van Tress found a way to continue serving the military community as president of Walden’s Student Veterans Association chapter.

“The military community at Walden is diverse in terms of our ages, genders, ethnicities, branches of service and fields of study,” says Dr. Van Tress. “We’re bound by our desire to use our talents, skills and expertise for positive social change.”

While studying at Walden, the Pat Tillman Foundation named Dr. Van Tress a 2019 Tillman Scholar. The prestigious program is named after Pat Tillman, who left a professional football career to serve in the Army following September 11. The scholars program recognizes remarkable service members, veterans and military spouses who are looking to begin their next chapter as public and private sector leaders.

“I am honored to be one of nearly 700 Tillman Scholars who embody Pat Tillman’s legacy to be a change agent, to participate in constructive debate and discourse, and to bring passion and solutions to social problems.”

Dr. Van Tress credits all his success to the full support of his wife and six kids, as well as motivation from the gap in research and clinical practice he learned about in online support groups.

“I saw firsthand the unaddressed needs people with ALS have,” says Dr. Van Tress. “While biomedical research continues to find a cure for ALS, not much research and very little accessible social services have been put in place to address the mental health and emotional needs of ALS patients.”

Last December, Dr. Van Tress presented his doctoral research as a poster and webinar at the International Symposium on ALS/MND, the single largest medical and scientific conference on ALS and related motor neuron diseases.

“His dissertation represents an important piece of scholarship, but it also has practical meaning for the well-being of people with ALS, their families and their professional caregivers,” says Dr. Debbie Rice, academic program director for Walden’s PhD in Social Work.

Dr. Van Tress also volunteers with I AM ALS on their national committees for veterans and community outreach. That is in addition to his own nonprofit, which he founded in 2019. Through Smile Inside, he provides free telehealth counseling, advocacy and awareness to people with ALS and their families.

“I’ve helped hundreds of people with ALS by teaching them coping techniques to reduce anxiety, providing clinical therapy, and offering psychoeducation about the disease,” says Dr. Van Tress. “I help them understand options for and make decisions about life-sustaining treatments.”

Dr. Van Tress graduated in 2020, but he’s left a lasting impression on Walden.

“As his dissertation chair, I can say that working with Jeremy was one of the high points of my professional career,” says Dr. Sean Hogan, senior contributing faculty member in Walden’s Master of Social Work (MSW) program. “His commitment and persistence to completing his dissertation was an inspiration to me and everyone at Walden who was part of his doctoral journey. He was a wonderful student and is an incredible person.”