Social Change: When the Medium Is the Message

Dr. Patty Costello, program director for Walden’s BS in Psychology program, writes a children’s book to share the message of kindness and inclusiveness. 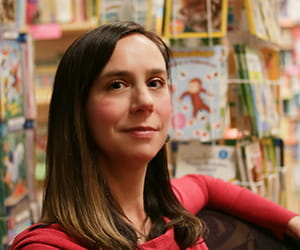 Dr. Patty Costello was one of the millions who attended a 2017 Women’s March that took place in various cities across the U.S. With her 1-year-old son in tow, she was excited to participate in the largest single-day protest in American history that served to challenge the rhetoric and planned policies around human and women’s rights. As she stood shoulder to shoulder with other engaged citizens in Idaho, she was inspired to do more when she returned home. Not long after, the Anne Frank Human Rights Memorial in Boise was vandalized with language against the city’s Jewish community and other minority populations.

“I had enough and was genuinely concerned with the climate of messages coming out of Washington, D.C., and the impact they could have on my son and his generation,” says Dr. Costello, program director for Walden’s BS in Psychology program. “I wondered if there was a way to help promote a message about kindness and inclusiveness to young children.”

As a trained neuroscientist, Dr. Costello’s academic research is focused on implicit cognition—or the unconscious influences of knowledge, perception, and memory on one’s social judgments and actions. Studies show that children as young as 3 have demonstrated implicit bias, but she believes there are ways to counteract the patterns even at a young age.

“A first step is having candid conversations with each other and our children about race, bias, and stereotypes. We need to point out the advantages or disadvantages we have in society due to skin color. One way to do this is to read pro-social stories with human characters of all different colors as early as birth,” she says.

Because Dr. Costello’s favorite part of the day is reading to her son, she decided to research psychology literature to discover how storybooks can be used to understand the world and the different people living in it. She found that books can be great teaching tools for young children even when addressing mature topics such as race and bias. Dr. Costello also discovered the importance of creating a home literacy environment, which includes going to the library on a regular basis; making reading part of a child’s routine; and having literary artifacts such as books, newspapers, and magazines present throughout the home. She says data supports the integration of reading into a child’s everyday experience and it positively impacts literacy, imagination, and comprehension skills later in life. 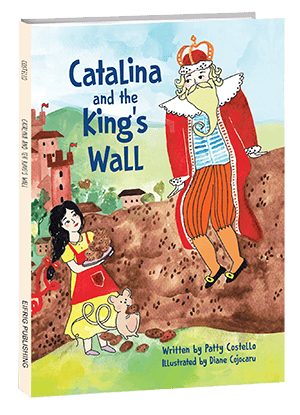 Dr. Costello considers herself fortunate to work for an organization that upholds its mission of effecting positive social change by encouraging faculty to pursue projects that make a difference in the lives of others. Putting her research into action, she recently published Catalina and the King’s Wall, a children’s book about embracing diversity. The king does not like the people in the nearby kingdom where Catalina’s family lives and decides he wants to build a wall to keep them out. His reason: They are different. As the heroine, Catalina tries to balance her job—making delicacies for the demanding king—with her love of her family who live in the nearby kingdom. In the end, diversity and inclusion win as the king’s wall can’t stand up to love for all.

Though she has lived in Boise for 5 years, Dr. Costello originally hails from the Twin Cities, Minneapolis-St. Paul, Minnesota. Both areas of the country have large refugee and immigrant populations. Dr. Costello is proud to be donating a portion of the proceeds from the book to two organizations, Agency for New Americans and Global Talent Idaho, both of which help refugees and immigrants with their resettlement efforts and to secure jobs.

“Walden University’s social change mission and the support from faculty leadership empowered me to set aside time to work on this book,” says Dr. Costello. “I believe in the book and its message. I want parents and teachers to use it to initiate conversations with their kids about issues of inclusivity and compassion.”