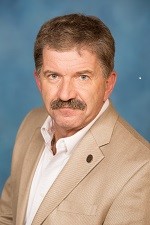 Bob's professional experience began clinically in the areas of Emergency and Critical Care Medicine. He quickly was promoted into management of these areas while serving in a major health system in New Jersey. He later moved to Maryland where he assumed a similar position for two years and was appointed Senior Vice President and Chief Nursing Officer for a hospital in central Maryland. Bob served there for 9 years. He then moved to Central Virginia to assume a similar role.

After two years in a Virginia health system as CNO, Bob graduated with his doctorate and left the hospital to support the Agricultural Industries Medical Services in Virginia where he continues to work today. Bob is a Certified Nursing Executive and a member of Sigma Theta Tau at Walden where he is a past president. He also holds a Masters in Nursing Administration from Hahnemann/Drexel University.

Bob’s areas of subject expertise parallel his career and lie in the areas of Leadership Development, Management/Management Theory. He also has a significant amount of expertise in the area of Quality and Risk Management, with a strong focus on the application of the Balanced Scorecard.