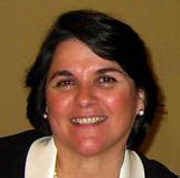 College of Management and Human Potential

Dr. Cristina Espinosa serves as Program Coordinator for Walden’s B.S. in Business Administration International Dual Degree program, managing the program and the relationship with several partner Latin American Universities. She has also developed mappings for partnerships with non Latin American Universities. A member of the Walden faculty since 2005, Dr. Espinosa has served in different positions and leadership roles at Walden University including Program Director, Chair of the Undergraduate Working group for HLC re-accreditation, among others. Espinosa brings a diverse Mexican-American/Latino and international business/academic perspective to her position. She is in the Advisory Board at Santa Fe Trading LTD, and international Trading Co. She is a former professor and Director of the Center for Strategic Studies at the Juarez campus-Monterrey Institute of Technology (Mexico). As president of the consulting firm, Interact Planning and Decision Making, she was engaged in bi-national projects, working with the Chihuahua state government, World Bank, as well as major corporations such as Coca Cola and Levi Strauss. She has given conferences at Harvard, University of Georgia, Georgia Tech, among others. A former member of the governor of Georgia’s Latino Commission, Espinosa served on the commission’s education task force. She served as a member of the Board of Directors of The New Agenda, a national women’s organization, is current member of GALEO (GeorgiaAssociation of Latino Elected Officials) in their Leadership Council, and is now President of MAFEL, Mexican American Foundation for Education and Leadership. Espinosa is a member of ASPA (American Society for Public Administration, and of IPMA-HR (International Public Management Association for Human Resources). Dr. Espinosa has Bachelor of Science in Biochemical Engineering, Monterrey Institute of Technology, Mexico; M.B.A., The University of Texas at El Paso; and a PhD Public Policy and Administration, Walden University. She is a member of Sigma Iota Epsilon, a National Honorary and Professional Management society; Pi Alpha Alpha, a National Honor Society for Public Affairs and Administration, and Golden Key National Honor society

Espinosa, M. C. (2017). Entrepreneurship and Leadership in the Age of Globalization and Technology .