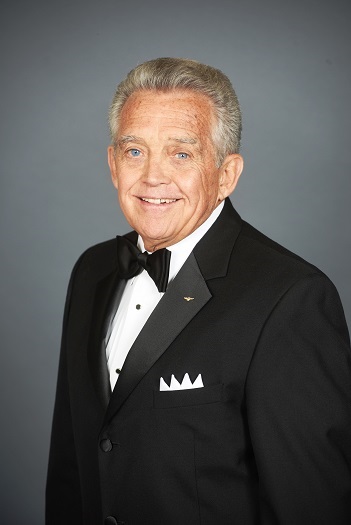 Dr. Savard is a retired Navy Captain who served as the Commanding Officer of VS-71, an anti-submarine squadron, and a retired Eastern Air Lines commercial pilot and airline captain where he served as a Captain on the Boeing 727 aircraft, was Assistant Fleet Manager for the Airbus –300 aircraft and was a Check Airman and instructor on the B-727 and A-300 aircraft. Jim has over 18,000 accident and incident free flight hours and has accomplished over 400 day and night aircraft carrier landings on various U.S. Navy and British ships. Dr. Savard was awarded the National Aeronautics and Space Administration (NASA) Group Achievement Award in 1998 from the NASA Administrator, Daniel Goldin, for “significantly impacting the safety and efficiency of airport surface operation in all-weather conditions through the development, integration, and demonstration of key navigation and situation awareness technologies.”

Dr. Savard has served as the Senior Research Professor for the School of Business and Technical Management at Northcentral University in Prescott Valley, Arizona. Dr. Savard currently serves as a Senior DBA Methodologist for the Doctor of Business Administration (DBA) Program at Walden University. Jim also serves on the DBA Petitions Committee and is a member of the Walden University Institutional Review Board (IRB). Dr. Savard has over 25-years’ experience with three Fortune 500 companies, 18 in management and leadership capacities, and is President and Chief Executive Officer for AvEx International, Corporation, a subcontractor to Federal Express Home Delivery. Jim also has served as the Center Faculty Chairman for Embry-Riddle Aeronautical University.