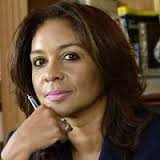 Avon Hart-Johnson, PhD is the president and founder of DC Project Connect, a nonprofit 501 (c)(3) organization whose mission is to provide crisis support, advocacy, and psychoeducational services for families affected by incarceration. She chairs the International Advocacy in Action Coalition, working-group for the International Prisoner Family Conference organization and is a board member for the International Coalition of Children With Incarcerated Parents. She is an advocate in the Washington, DC/MD/VA area, serving on the Bail Reform Committee for PG County; Rethink Justice DC as chairperson of the Halfway House committee working group, and is a member of the Reentry Action Network, DC. She co-authored the Mass Incarceration Continuum white paper, cited as the Human Rights Issue of the 21st Century. Her latest book is titled, 'African American Women with Incarcerated Mates: The Psychological and Social Impacts of Mass Imprisonment' [McFarland].

Dr. Hart-Johnson is a contributing faculty member at Walden University School of Human and Social Services, College of Social and Behavioral Sciences. She is a current faculty advisor for the National Society of Leadership and Success and an outgoing faculty advisor for Tau Upsilon Alpha (TUA) Alpha Chi Honor Society, and former Director of Social Media for Golden Key Honor Society. She is the 2018 Walden University Outstanding Alumni Award winner.