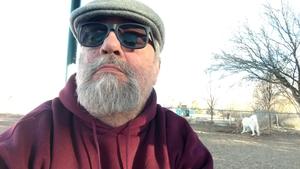 Dr. Cellini was a consultant with the Training and Research Institute, Inc. (Tricorp), from 1988 – 2010, in Albuquerque, New Mexico. Tricorp provides consultation and training to social service, mental health, and correctional agencies in the areas of organizational development, sexual offender program design and treatment, issues of forensic psychology, substance abuse program design and treatment and working with violent clinical populations. After completing his master’s degree in 1974, he worked as a correctional counselor for the Illinois Department of Corrections Adult Division at Dwight Correctional Center for Women. In addition to maintaining a regular caseload, the consulting psychiatrist assigned Dr. Cellini to conduct two specific groups. The first group focused on women who had murdered their spouses or significant other, and a second group focused on women who sexually, physically abused or murdered their children. These groups helped to guide his treatment approaches and research in the years to come. From 1975 to 1977, he conducted groups for the Safer Foundation Probation, Rehabilitation, and Employment Program. In 1981, he also served the Safer Foundation Chicago office in the development and evaluation of a program for eighteen to twenty-eight-year-old violent offenders seeking job survival skills. After finishing his doctoral work, he started his career at the University of New Mexico as Coordinator of the American Indian Rehabilitation Counselor Training Program in 1982 and Assistant Professor and Director of Rehabilitation Counseling in 1982 and 1983. He later served as the Chief Psychologist and Director of Mental Health Services at the New Mexico Department of Corrections from 1983 to 1987. In 1985 and 1986, while he was on intergovernmental loan to the U.S. Department of Justice, Dr. Cellini designed and coordinated workshops and seminars for the National Academy of Corrections on sex-offender program design and treatment, mental health, managing consent degrees and other legal issues, training for trainers, training design and development, personnel management and human-resource management. Specifically regarding sexual offender program design, this initiative represented the first major attempt within the Department of Justice to develop an integrated service model for institutional and community-based providers. The basic model, with minor modifications, is still being used by many agencies that treat juvenile and adult sexual offenders. Dr. Cellini continued his work with sexual offender management by designing and implementing the Illinois Department of Mental Health’s, Sexually Violent Preditor program. He consulted with the program from 1997-2002. Dr. Cellini retired in 2004, as an instructor and training and development specialist at the University of New Mexico’s Community Behavioral Education Program in the Division of Continuing Education and Community Services. Over the past twenty-two years, he taught courses on sexual abuse treatment and prevention, working with impulsive youth, mental health treatment for adjudicated adolescents, families in transition, trauma of divorce, community mobilization, action planning, program planning, drug recognition and identification, preventing gang violence, working with violent youth, and suicide warning signs and symptoms. Dr. Cellini received his BS, MS, and Ph.D. from Southern Illinois University, and conducted post-doctoral studies at the University of New Mexico. He is the author of numerous articles and chapters in a variety of professional books and journals. He was a co-editor of The Practitioners Guide for Treating the Incarcerated Male Sexual Offender – Breaking the Cycle of Child Sexual Abuse, published by the US Department of Justice. In addition, as President of Training and Research Institute, Dr. Cellini has produced a booklet entitled, Alcohol, Tobacco and Other Drugs, a Neurobiology of Child Abuse, Marijuana: A Safe High and Rave About This a poster on Ecstasy. Dr. Cellini’s experience in the field of substance abuse is well known nationally. He has trained in this field for thirty years and is said to be very knowledgeable by his trainees. Dr. Cellini along with Dr. Barbara Schwartz edited the books, The Sex Offender, Vols. I and II. Dr. Cellini’s chapter was on assessing juvenile sexual offenders. He has also published articles in the Offenders Program Report, most recently; Vocational Enhancement Programming for Drug and Treatment Courts, Risk Assessment of Sexually Violent Behaviors Part I and II, The Importance of Cultural Awareness in Treatment Delivery, Child Abuse, Neglect and Delinquency: Fiscal Impacts and Addictive Drugs and The Brain. Hopeful Paths Prosocial Approaches to Changing Inappropriate Sexual Behavior.