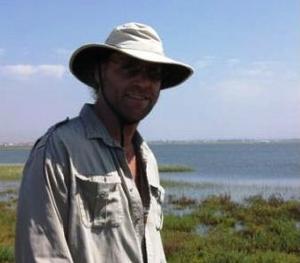 Dr. Clay holds degrees in Bio-physics, Physics, Mathematics, and Psychology. His current research interests as an environmental physicist and online educator follow naturally from his work in global security (nuclear and biological weapons technologies and policies) and science policy. Dr. Clay understands science as one of the greatest agents of social transformation. He believes that it is only through enhanced science literacy among the general public that we can craft a more sustainable and equitable future for humanity.

Dr. Clay has presented and or published in the fields of environmental science, climate change, neuro-physics, nonlinear quantum optics, sustainable technology, nuclear weapons policy, science education and policy, and education practice within the US. He has served as the research director for non-profit environmental research and education organization within Baja California since 2010.

Dr. Clay has been active making scientific subjects accessible for the public for over two decades and has been teaching science courses online since 2008. He has taught subjects ranging from physics, chemistry, and biology to earth science, environmental science, and geography. He also developed courses in physics, biology, environmental science and geography. Dr. Clay has enjoyed working with Walden University students since 2009. He recently received a Faculty Excellence award for his success as an online educator.

Clay, G. (2018). The What, the How, and the Why of Climate Change in the Modern Era. Ventura College Geo-Sciences Department

Clay, O. (2006). US National Security Policy in the 21'st Century: Burning Down the House . University of California at San Diego

Clay, G. (2005). Nuclear Weapons and the Policies Governing Them . University of California at San Diego

Clay, O. (2005). Brief History of Educational Policy and Student Activism in the US . Environmental Science Policy Group at Scripps Institute of Oceanography